Following a silly joke on Twitter, Matthew invited me to write today’s blog post, on any topic I would choose. As I am not as much of a scientist as the author, I decided to talk about something not too science-y, to avoid being ridiculous.

WONK-1 : “Lander to Control Center. Kerbin, we have a problem.”

Cape Avril : “Copy Lander. What kind of a problem?”

WONK-1 : “Our engineers can’t design a lander properly. It broke into two parts when separating the last stage.” 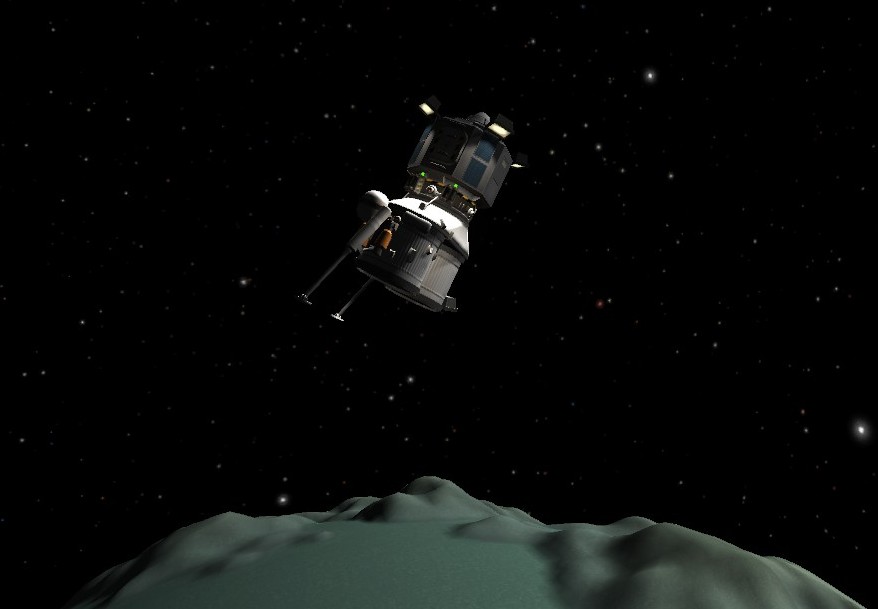 The half-lander from which the message was sent

This scene happened in the Kerbol System, the solar system of little beings called the Kerbals. Who are they? Simply put, the space heroes of Kerbal Space Program (KSP), a game developed by the Mexico City based team called ‘Squad’. So now you’re wondering “why are you talking about a stupid game on a science blog?”. Well, precisely because this game IS Science too! Let me explain :

First you design the rocket, then you launch the mission and pilot the rocket. And the best part of it, is that the universe of KSP is based on real physics! Just like Angry Birds, only much more evolved. 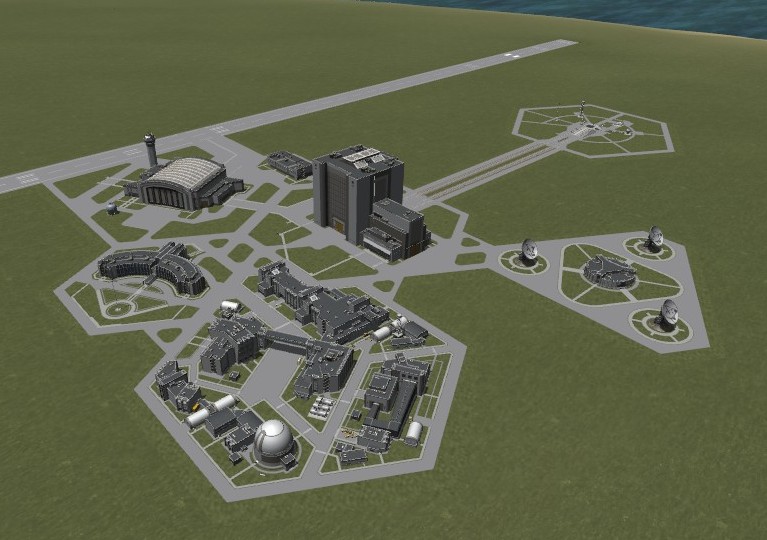 Welcome to the Kerbal Space centre

At the beginning, you start at the Space Centre. Here are all the buildings necessary to the development of your program – the most important of all being the Vehicle Assembly Building, where you can build your rockets! 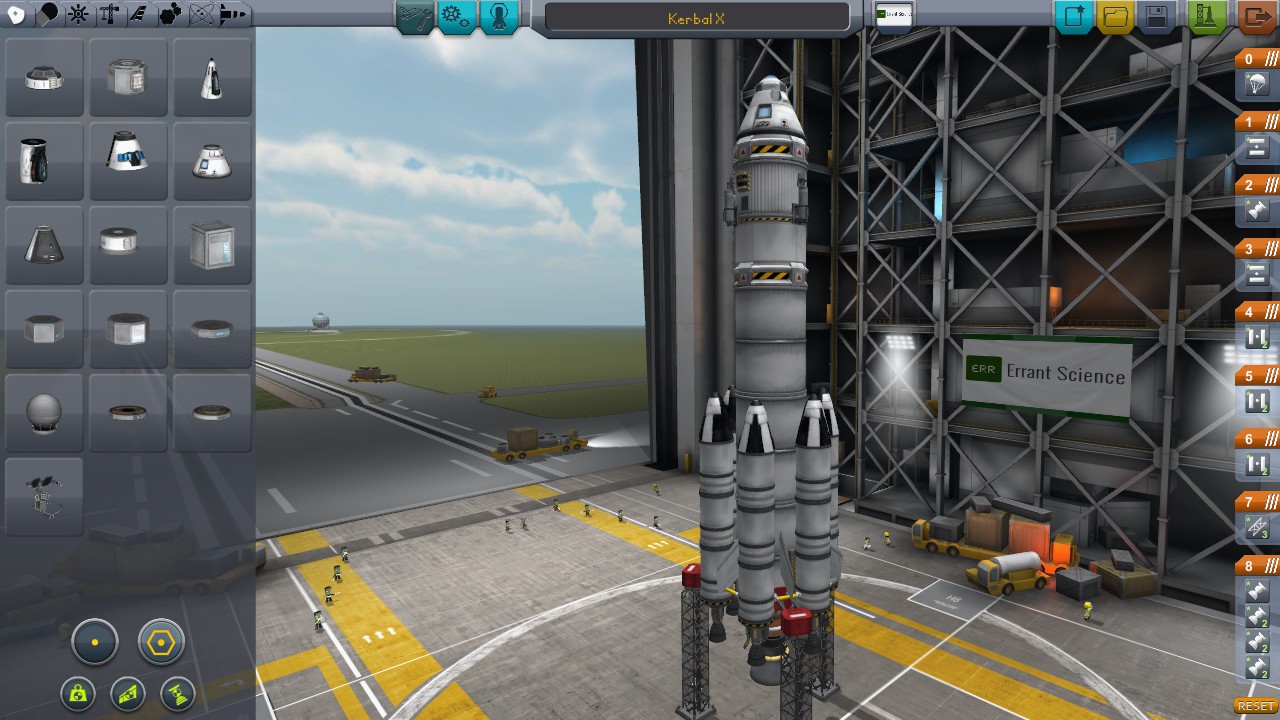 The Vehicle Assembly Building where you can build your rockets.

Many would think that the first task is to make a rocket that can reach an orbit. Wrong. The first task is to make a rocket that doesn’t explode on the launchpad. It takes a few attempts, but quickly enough you have your first rocket that can go to space (over 70km) in a sub-orbital flight, and bring your Kerbal safely back to the ground. After you have got more and more familiar with the rocket design and steering (and seen a lot of tutorials on the internet), you’ll go from one stage to the next: orbital flight, then fly-by of the moon (here called “Mün”), and, the first big milestone – landing on the moon! But the exploration doesn’t end here: your planet counts a second satellite, much smaller, and beyond this the game offers a whole solar system with tons of places to explore, and hours of fun trying and failing at reaching a planet or its satellite, until you make it, and celebrate with a victory dance… 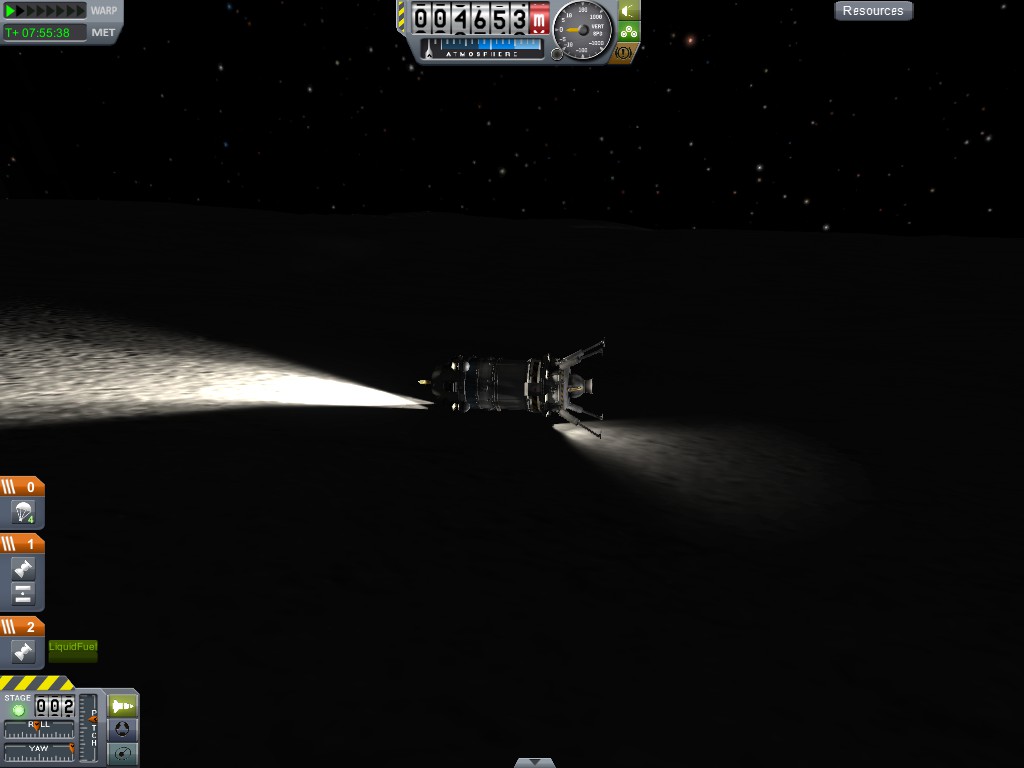 This game has many cool things: the first one, as already mentioned, is that it is based on real physics: laws of gravity apply. Knowing a bit of Newton and Kepler’s laws is helpful to know how your ship will behave. You can actually make the same mission profile as the Apollo missions, or use gravitational assist to modify your trajectory free of fuel.

How to use gravitational assist around the Mün to get lost in interplanetary space.

You also have a total freedom in your design : You have to design each stage part by part, which can be tedious and take a lot of time, but leaves you satisfied when you get a nice lander design that works. You also have many options : satellites, landers, space stations, interplanetary probes, rovers, space shuttles… anything is possible, as long as you can imagine it. 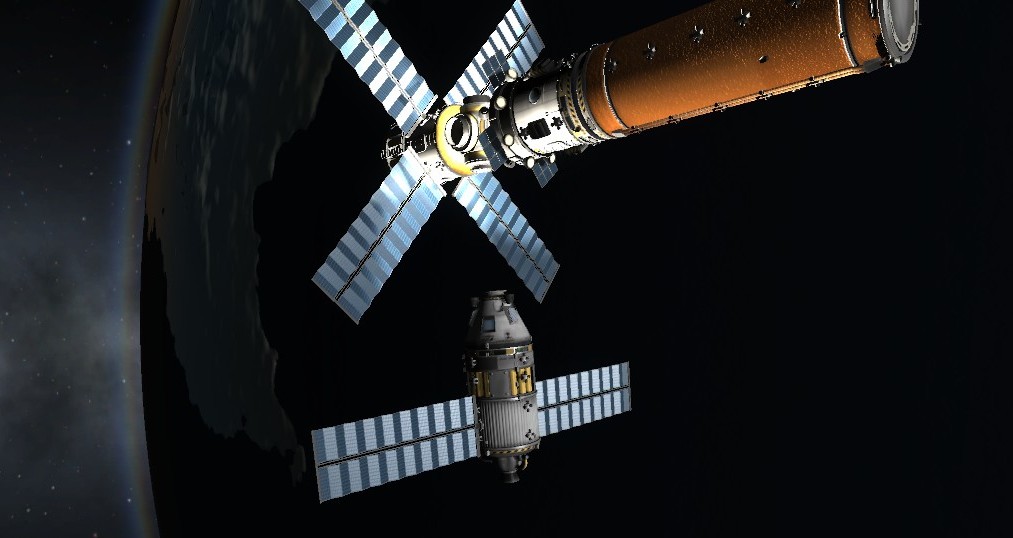 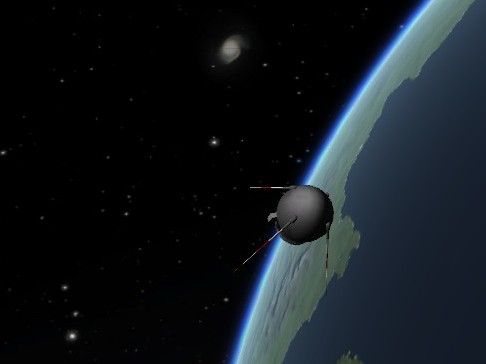 The Kerbol System currently consists of 7 planets. Basically, it’s a copy of our own system, though smaller (600km radius for Kerbin against 6000km for earth) and with a few changes (only one gas giant, or two satellites for Kerbin, for instance). We play in a familiar environment – which is really nice because you can reproduce historical missions – without the game being a NASA Space Simulator set in the Solar System which, let’s admit it, would have been much less fun… 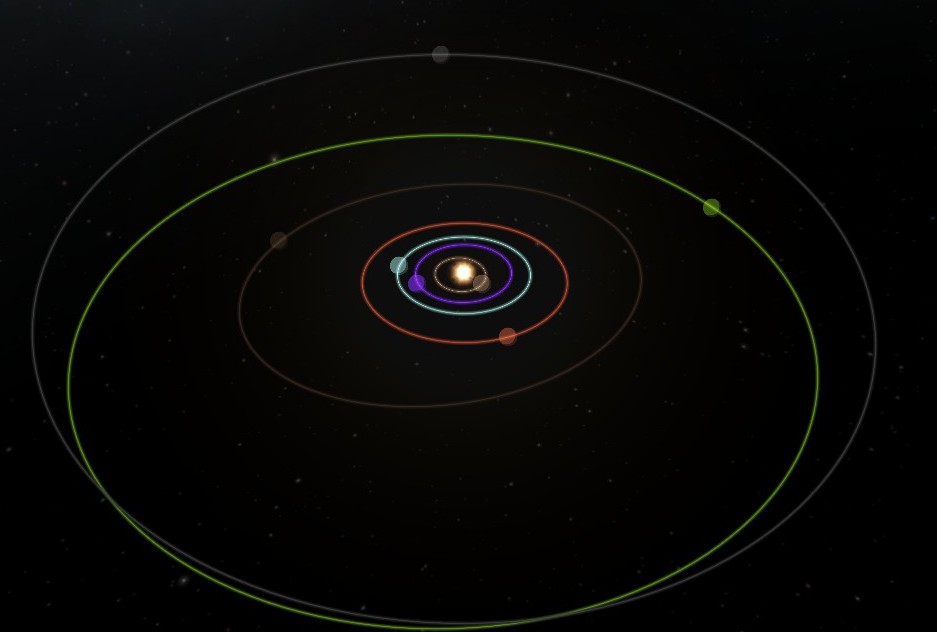 The seven planets around Kerbo…

Last but not least, you can create you own mission flag, which is really cool. 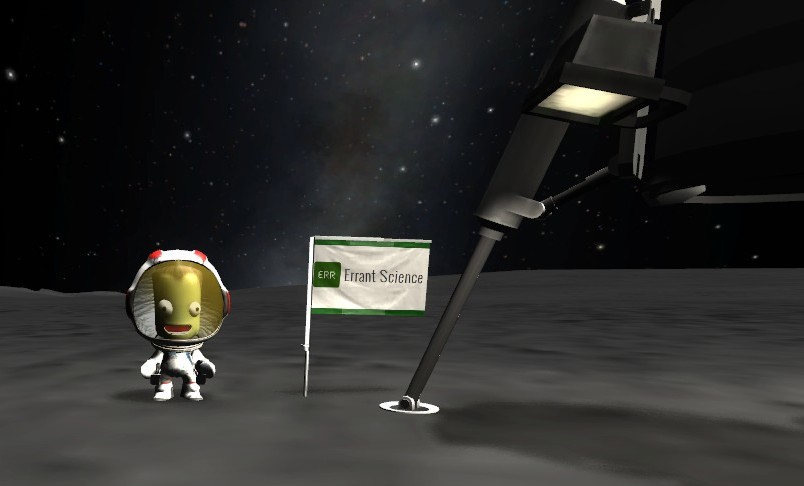 Jeb Kerman on the Mün, with a special flag.

To conclude with, if your dream job when you were 5 years old was to be an astronaut, get this game. You will spend hours trying to successfully land on the Mün, reach the thick atmosphere of Eve or “simply” build a space station around your planet. You will kill many Kerbals, or abandon them, cast away on a planet because your lander wasn’t powerful enough to take-off again, but nevermind, they are expendable. Failure is part of the fun. And after you’ve played a few hours, watch Apollo 13, The Right Stuff or Gravity, and surprise yourself saying “hey, I’ve done that too!” 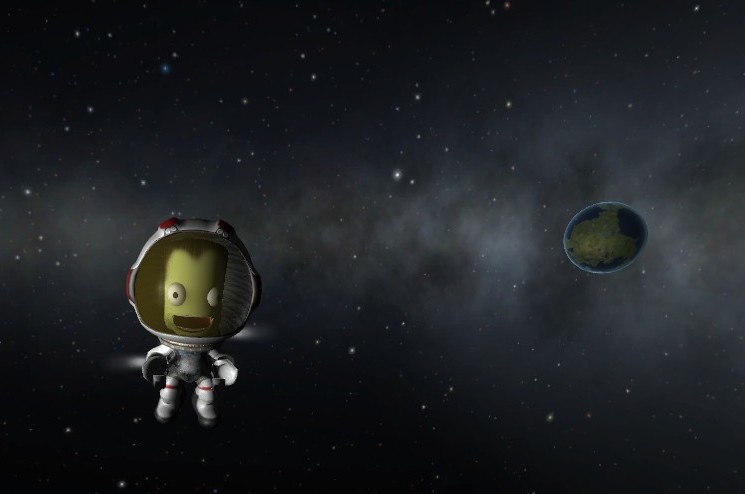