I attended Scio14… sort of

ScienceOnline Together 14 (Scio14) was held last week in Raleigh, North Carolina in the US. It’s a huge conference all about the future of science online and involves a lot of discussion about how best to communicate science using some of the new online tools available. I would have loved to go, but North Carolina is quite a lot of miles from where I live and funds were short. So no going over to Scio14 for me.

However, I did do the next best thing and signed up to join a UK watch party hosted by an open science publisher eLife.

A watch party is just what it sounds like – a party to watch a conference from here in the UK. It’s kinda like having a micro conference experience without have to pay. Prior to this I’d never attended a watch party before and I thought some of you might appreciate a little insight into what it entails.

Before I describe the goings-on of a watch party I should add that it was hosted on a Friday evening (after work) over in Cambridge (an hour’s drive for me though rush-hour traffic) and I’d spent most of the day hugging mugs of Lemsip in a valiant attempt to not loose my voice. To cap it all off, when I arrived the traffic was so bad I had to park about 4 blocks away and then walk in some pretty heavy rain to eLife.

It’s probably the most grumpy I have even been before going to an open science event. I fully expected to ring the buzzer and have a piano fall on my head.

Luckily for me that didn’t happen. What did happen is I was welcomed in to a super modern slick-looking set of offices by the organiser Jenny, who promptly pointed me in the direction of a giant bowl of popcorn and some jugs of juice which made me forget pretty much all of the last paragraph (except the whole croaky deep Barry White voice – that was a bit too persistent to forget completely).

Having secured some throat-soothing juice to sip, I then found a seat with about 4-5 other people in a sort of open-plan conference room thingy, which had a live stream of a Scio14 session projected on one wall and the wi-fi login details scrawled on another (guess which I was more interested in first).

Scio14 is a pretty big event and not all of it was being live streamed – only certain talks/discussions at certain times were being shown. So we were one of several watch parties around the world, tuning in to a stream of (I think 4) different talks held from 17:00 to 22:00 GMT.

As I mentioned before, the Cambridge traffic was pretty bad so I had arrived about 30mins late to the first hour long session and TBH didn’t have much of a clue what they were discussing. But Scio14 is a massive online event so while the current speaker was making little sense on the big screen, I went and found the Twitter hashtag for the session and started reading what others watching it were saying.

So this Twitter comment made me want to be in North Carolina – or a Starbucks. I may have just wanted a coffee…

Once I’d finally sorted out who was what, and ‘why that lady at the back was drawing the most amazing infographics’ I began to actually feel a part of the conference.

After the first session there was a slightly poorly planned hour and a half gap until the next. As if a giant bowl of popcorn wasn’t enough eLife had laid on a buffet of tasty sandwiches. If pressed, I’m not sure I could identify the contents of about 80% them beyond “fancy sandwich stuff”, but regardless they were delicious.

Over buffet dinner we introduced ourselves and those from eLife took a moment to explain a bit about what they do (aside from source unidentifiable sandwiches). And they explained, at length, that their logo contained a flash of red NOT pink. It was suggest that if I did call it pink my life may be in some kind of danger…. 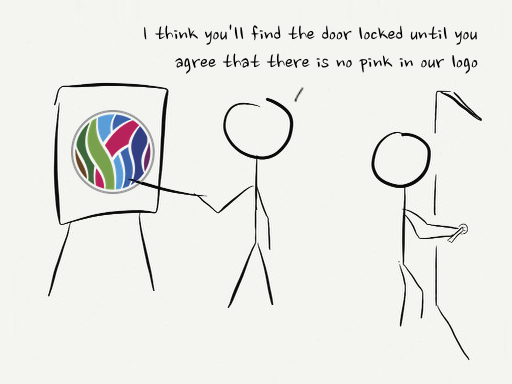 But despite some odd company-colour based code of conduct, they seemed very nice and to be honest if I got to work in an office full of very shines iMacs I’d tell you that the pink was in fact a girl called Julia if it got me the job (*cough* 1984 reference).

The next Scio14 session seemed to involve a much smaller group of people. From a watch party point of view this made it much easier to follow as the microphones were about 50% effective at picking people up and I was relying heavily on reading things on Twitter. Also with a smaller audience, any Twitter questions or comments I had were being answered and certainly helped me feel part of the conference.

I don’t have a photo but trust me, it was a sight to behold!

But the watch party atmosphere certainly helped not only spark conversations on Twitter but also by the second event everyone had got comfortable and was happily chatting around a table about the session we were watching. Granted about 50% of these discussions were focused around a projector fault but I’m sure some important topics were discussed…

After the second session, my terrible day caught up with me and before I totally collapsed from Lemsip endured exhaustion I called it a day. But as if dinner and a movie weren’t enough eLife kindly gave me a big bag of freebies. 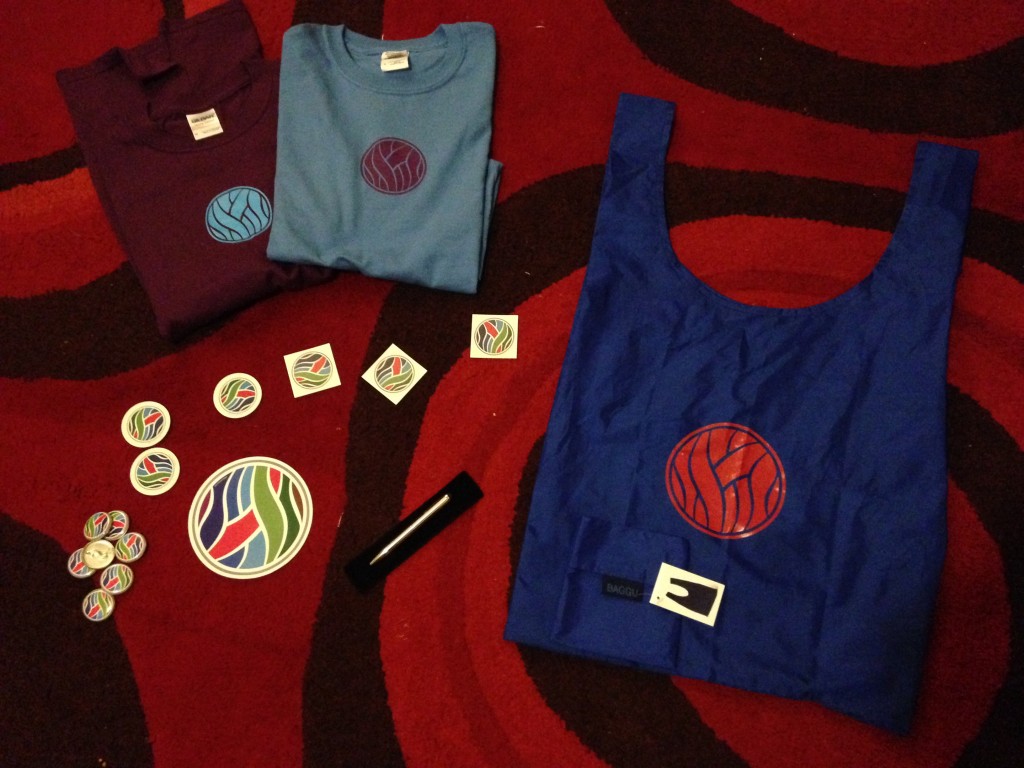 I really enjoyed the watch party. I’ve attended some events previously by watching them at home and on Twitter but you loose a lot of the atmosphere and insight without other people around you discussing the topics covered. The whole point of things like Scio14 is to bring people from disparate fields together to discuss common problems. The watch party was a excellent way of getting a little version of that (without the prohibitively expensive flights).

I should add that I’m immensely grateful to eLife and in particular, the organiser Jenny, for hosting the event. I hope they consider doing more.