Guest Post: Trials and Tribulations of a Brit in New Zealand

While I didn’t plan on studying for a PhD, nor did I have any plans on visiting New Zealand, let alone living there, I somehow ended up doing exactly that. What follows is a brief, and hopefully entertaining, account of my time studying abroad. 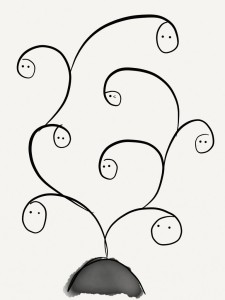 Intresting thing no’ 47. Adam has no idea what it is either but he’s scared to get rid of it

Of course, the first thing that happens when you study abroad is that you have to travel. In my case, I had to travel a lot. Getting to New Zealand, especially when you’re planning on being there for a while, takes a lot of planning. Visa processes have to be checked, plane tickets bought, and house mates/living quarters chosen, almost completely blind. If, like me, you are an accumulator of interesting objects, you have to decide which make the trip with you, which get shipped over (a process which in my case took over six months), and which stay behind.

Traveling itself does have its benefits. You will never see as wonderful a cross section of humanity as you will in an airport. Tearful goodbyes, joyous reunions, jet lagged business people and stressed parents trying to stop their exhausted/excited children from crying. Traveling long distances is a bit like a heavy session of drinking; the excitement beforehand, the initial thrill, the eventual brutal come-down, and increased chances of vomiting. All of which furnishes you with some stories which you’ll be telling for years to come. I nearly got sent home both in the UK and New Zealand because I didn’t have a return ticket. Apparently this makes me suspicious. Sadly, I don’t think airlines sell return fares with three or more years between journeys. My favourite part was arriving in Auckland for the first time, bleary-eyed and only kept awake by the copious amounts of airline coffee in my veins: a check-in lady spotted that I had obviously no idea what was going on, and offered to help me; she asked how long I had been in New Zealand. I blinked a few times, slowly brought up my watch, and said “About two hours.”

It’s at this point that your real challenges begin. Maintaining relationships, both with family, friends and partners, can be a real challenge when you’re not a few doors down the road. Luckily, thanks to the copious amounts of social websites around these days, I’ve managed to keep up with my most cherished friendships. Relatively cheap international calls means I’m up to date with what’s happening in my family, who, if you’re anything like me, you’ll learn to appreciate all the more while you’re away. I did lose a long-term relationship in the process, but I think (and hope) that it’s ended up better for the both of us. Pro-tip: if you want to stay with someone and study abroad, you may have to bring them with you. A few of my colleagues are in long-term relationships and brought their significant others with them.

Other shipping methods are available

Then there’s also interacting with the world around you, not just your colleagues. Thankfully, English is my first language; but my department is home to Hungarian, German, French and Mexican students, and I have the utmost respect for anyone attempting to do science in a language that isn’t their native tongue. (Thankfully I studied for my physics Bachelors degree long after the time that German was a requirement.) That doesn’t mean I haven’t struggled with language barriers and cultural shock. A common phrase here in New Zealand is “Sweet as”, which means “I agree” or “That sounds like a good plan”. I spent months staring at people waiting for them to finish the sentence. The accent also throws up some problems – Kiwis hate vowels, it seems, and strive to make them as short as possible. You’ve not lived until you’ve been told to hang out your laundry with “pigs”. 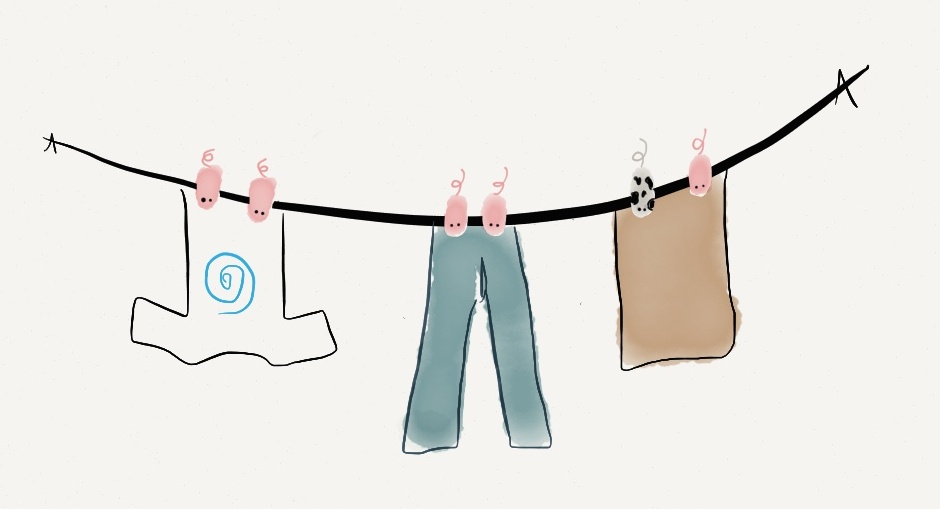 Culturally, there’s a real emphasis on “beer and rugby” down here, neither of which I have a particular passion for. In addition, there seems to be a kind of accepted casual racism, sexism and homophobia here that made me balk when I first encountered it. Most people aren’t bigots, but I do find it’s more common for something to be dismissed as “gay” here than it was back home. Maybe I just hung out with particularly politically correct people back home, I don’t know.

I was also not prepared for the vast distances here. While I’ve managed to survive without a car, I’d definitely recommend one. Even the next town over isn’t really do-able without your own transport, as the public services are infrequent at best, and there’s no real rail service to speak of. This is something I probably should have investigated more thoroughly before coming out here. Silver lining: a lot of cycling and walking has given me thighs of steel.

If you end up in the same situation as me, I definitely recommend joining the university’s mature or international students group(s). I didn’t attend every event, but it definitely helped having somewhere to go around the major holidays of the year. It’s better to try to make new friends than lament the lack of current ones, or spend time on your own missing your kith and kin.

While the typical stresses of a studying for a PhD are magnified when you’re so far from home, there’s also some wonderful opportunities. I’ve made new friends, hopefully for life, discovered new cultures and ways of thinking (it’s always good to expand your horizons) and have boosted my confidence dramatically. If I can survive a cold damp winter in a poorly constructed New Zealand house, I can survive anything! (Seriously, insulation is almost unheard of, and double glazing is considered voodoo magic by your average Kiwi.)

Best of all, one day I’ll get to come home, and see everyone I love and care about again. After all, absence makes the heart grow fonder, and there ain’t no party like a welcome back party.

Adam is an experimental geophysicist from the UK, currently studying for a PhD on experimental analogues for lahars, in New Zealand. He has no idea what he’s going to do with his qualification, assuming he actually gets it. His hobbies include painting tiny space warriors, playing far too many video games, heavy metal music, collecting plastic tat and talking about himself in the third person.