New lab equipment is awesome. But it often takes weeks of carefully crafting a grant application, months of tortuous waiting for approval and then even more months of waiting for delivery. Once it arrives it’s almost like a dream coming true, a sublime moment of joy at have a new piece of kit to play with, one that will finally solve that insolvable problem.

Or maybe that’s just me….

But even if you don’t feel quite as strongly as me, I don’t know many scientists who don’t relish the idea of getting new kit. Last week for example, my long awaited 3D printer arrived, a bit of kit that will act as the linch pin in my current project. Its arrival not only reminded me how much I love getting new stuff but also what a huge pain it can be, and the problems that come with new kit.

1. You need to find space for it

Labs are like goldfish, they grow to the size of the environment [citation needed]. For example, say you move into a new lab with just a single box of lab equipment and 3 large lab benches to use, then within a month I guarantee that you’ll be doing experiments in the sink because everywhere else is covered in experiments. I’m exaggerating a little (no-one gets 3 large lab benches to themselves!) but suffice to say that it’s rare to find any lab that has free space.

What this means for your new kit is that you need to clear out one of your historically treasured experiments to make room for your  Killomatic-5000. What inevitably happens is that new equipment forces you to pack up into storage another bit of kit. Our department for example, has entire rooms full of kit that is still good but were sadly stored in favour of a new toy.

I had this problem with my 3D printer and resolved it by shipping some of my kit off to another lab for a while, which had the benefit of freeing up space and making sure none of my equipment was wasted (also I’ve seen Toy Story 3 and I’m pretty sure I’d be in tears if I had to put kit into storage instead of giving it to a new family).

2. Turning it on is never simple 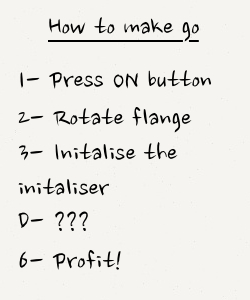 Once you’ve found space for your new science defining kit, the next problem is actually using it. In my experience, manuals for scientific equipment are more vaguely phrased suggestions than something you can accurately follow. Better yet, I’ve never read a manual that actually matches the kit I have in front of me – there have always been tweaks or upgrades that are not included. The worst part of all this is that most of this equipment is highly specialist, hard to fix and very expensive, one wrong move is likely to reduce your precious toy to rubble, or in some cases reduce nearby equipment, people, or buildings to rubble.

When setting up my 3D printer, I diligently followed the instructions supplied by Ultimaker and in the main, they were a great deal better than most. For example, they included photos for every step – which I think shows some understanding of how incompetent I feel when setting these things up. But as I should have expected, they had made one alteration since printing the manual – they had decided to cable tie the motorised stages in place for transit. So when I turned the machine on, I was greeted by the sound of motors furiously grinding against each other while straining against cable ties. It sounded like it was trying to mix gravel.

3. You have no idea how good it really is

Writing a grant for your Killomatic-5000 would have involved carefully choosing the right type and model of Killomatic against several competing systems (e.g. the Chineseburn ZX) and then selecting the Killomatic based on its specifications and claims. However, if you’ve bought anything, ever, you are probably aware that advertising doesn’t always match reality.

So the very first thing you do with the equipment, is start trying to actually check the various claims it has made. I have to say that in the case of my Ultimaker 2, I’ve been very impressed with how close to the spec all of my tests have been. I’ve run every test I can think of and so far is hits the specs perfectly. However, this is one of those ‘exceptions that proves the rule’ things. Normally what happens is that a nice salesperson sells you the kit on the basis that kit will do X, then when you get it they point out that while it can probably do X if in a vacuum and zero gravity, if you REALLY wanted to do X in the lab then you’ll need to buy an additional part to enable it.

4. Everyone wants to use it

Grant applications are hard. You know what’s much easier – letting someone else do them and then use their kit. New kit is to a scientist what a bight flame, shaped like a sexy moth holding a sign saying “free moth iPads” is to a moth. As much as you want to use your kit (more on that in a moment) other people will want to use it more.

My advice – make sure you hide the manuals and before you go home at night, swap the power cable for one that’s quite similar but doesn’t quite fit. Or make a cunning decoy machine to distract them while you get your work done. 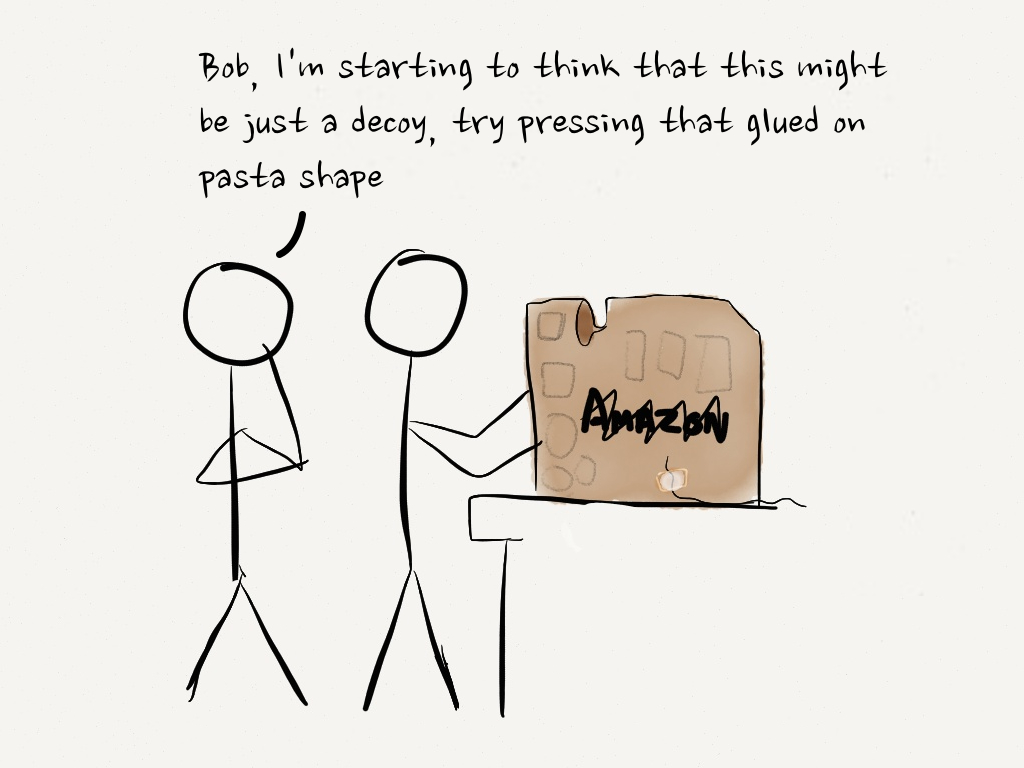 I should add, in the interest of not getting beaten up, that my lab have been very good about the 3D printer and so far I’ve not found anyone sneaking in to print rude shapes.

This is the biggest problem with new equipment. New equipment often means new avenues of research that were previously not open to you. This last week I’ve been madly suppressing the frankly huge list of cool stuff I can do with the 3D printer.

In the last week I’ve found new avenues of research that would (if I followed them all) keep me busy for years – all from one new bit of kit. My to-do list has expanded exponentially with 3D printing type research ideas.

This sudden rush of ideas is because research is rarely about choosing to do A or B there is often a spectrum of ways you can go from one starting point. New abilities or technique have the effect of vastly magnifying this by adding countless more options. The fact that I can embed & manipulate my sensor systems in ways never before possible, has opened up countless branches of research – from composite modelling to biosensor fabrication – that I never could have imagined without it.

Predicting the new directions your research might go in can be hard, and often ideas of what to do with this new capability are only apparent after you’ve used your new thingy-ma-bob.

It’s why impact cases (something we are being increasingly asked to write) for new equipment are so difficult to prepare. In grant applications when asked “What will your new equipment lead to?” often all I want to write is “I don’t know yet but I bet it will be amazing!”. Which is probably not what they want to hear but is often the result.

I hope you’re writing down all those cool ideas that have suddenly come flooding in. That way, once you’ve actually used the kit for a while, you can have fun looking back at them and saying things like:
“Nah, it could never actually do that”
“That would take a million years”
“What was I thinking!?!”
or
“Oh yeah, that would have been a better way of doing it…”