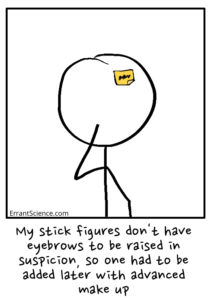 Last week I finally got round to researching a new bit of kit I need. A fancy machine for doing fancy science stuff – trust me, it’ll be super fancy (when I actually buy it). So I took to the internets and found the exact kit I needed for the very reasonable price of £15,000 pounds. Sadly my grant only has enough money for a bit-less-than £15,000 pounds. So with a slight note of pleading I asked nicely if I could have a discount and the company said “Sure, you can have 10% (~£1500) if you agree to some terms and conditions (T&Cs) under our ‘Academics’ program”….

My initial response was, to say the least, a little shocked – the T&Cs were not umm… exactly ‘sensible’. My boss was even less charitable, laughed and said (I quote) “They’ve got to be kidding!”. To explain why they got such a strong reaction I’ve reproduced the terms below with some comments as to why they are *cough* unacceptable.

(1) Publish at least two papers in the next year using instrument data in journals. The sight of the draft paper to check product referencing prior to publication would be required.

Okay it’s bad enough that we are now starting to get paper number requirements from my employers but from a company giving us a £1,500 discount?! Are they going to judge where they go, does any paper submission count? If so then I’ll be shortly publishing two papers titled “My Data” in the Errant Science journal of Pointlessness.

Also they want to see them first! If the paper is a study as to how bad the equipment is, will they veto it? Will they demand we remove their name? Papers should stand on the academic merit and independence and not be pre-edited by the companies that have a minor interest.

I should add here that it’s good practice that ANY equipment used in a paper has the model and maker correctly referenced. Not for the companies’ sake, but for transparency and repeatability of the research.

It’s not enough to be on all our papers they also need to be displayed on our presentations and posters! And how exactly will they be checking this? Spoiler: they can’t.

At this point I feel I should say that I’ve copied the T&Cs verbatim. Much to the chagrin of my editor who got a kind of nervous twitch when I wouldn’t let them correct the terrible grammar.

First off the word ‘potential’ kind of makes these terms obsolete. I can promise them we’ll “potentially” do lots of things. For example I could agree to potentially ride their machine strapped to a rocket fired directly into the sun. Doesn’t mean it’s going to happen! 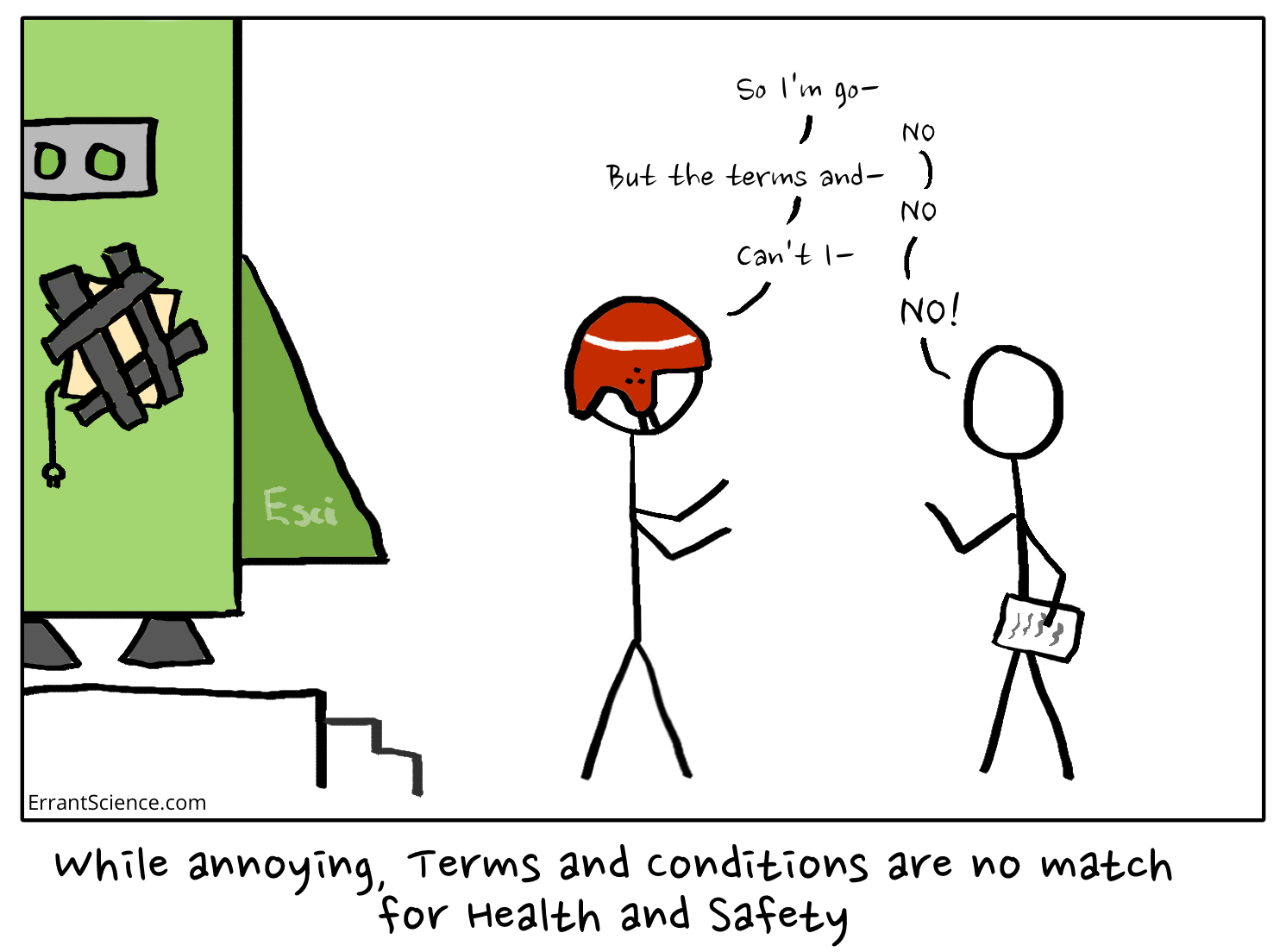 Secondly, this is all stuff we’d happily do with companies – we don’t need to sign something promising to do it. This is exactly the sort of thing we love to do with companies that we work well with (those companies are easily identified by the lack of legally documented friendship).

Fair enough. This one I can’t actually argue with. Makes sense to limit the discount. Although they are the ones who grant it, we’re not entitled to it so I’m not really sure why that’s a term and condition for us, it reads more like an internal policy point.

(6) The instrument would come with a standard 12 months warranty

Okay I’m being a bit nit-picky but if it comes as standard why is it a listed term specifically for us? Are other standard things not included? Do I need to order the plug separately if I sign up to this deal? Where’s the term that says they will still ship it in a box? Am I just going to get a dented machine in the post?!

(7) The company reserves the right to alter or remove the offer without notice.

This is a great Deus Ex Machina final term. If in 6 months they decided that anyone using the machine needs to be wearing green tuxedoes with purple bow ties they can add that term or demand we pay up if we don’t abide by it. I’m no lawyer but signing a document that lets one of the parties re-write it later at will is not a smart move.

Now you might have noticed I’ve not mentioned the company that sent me these terms. I don’t think they deserve to be singled out and they have been great at discussing and eventually waiving these T&Cs. But these are not totally uncommon – I’ve heard of other less official version of T&Cs when buying expensive equipment and I really wanted to highlight, both to other researchers and to the companies, that these shouldn’t be acceptable. They may get some short term gains for the companies but they really don’t do anything for goodwill. I’d rather have no discount than laughably overreaching T&Cs.