So this week I had the privilege of being asked to modify my proposed grading for a student. Although, to clarify, I hadn’t actually given a grade yet. I was being ‘guided’ that I had to give at least 90% on a particular piece of work regardless of the competency of the student or work because “that’s what everyone else does”. The TL;DR version of this is that I said no, and then sat down and wrote this article. Apparently there is no blog muse quite like unbridled rage.

Grading a piece of work has two fairly equal purposes:

Firstly, it allows you to rank your students so that they can be sorted/rewarded appropriately. Students putting in more work should in theory, get better marks as a reward; worse students stand out as people who may need extra help. Please bare in mind that I just summed up books and books of learning theory in one glib sentence, so excuse me if it’s not perfect – but you get the point.

Although I should add that some people are equally good at a task but terrible at whatever insane test you are grading them on. I guess accurately ranking students is more aspirational than actual in some cases. 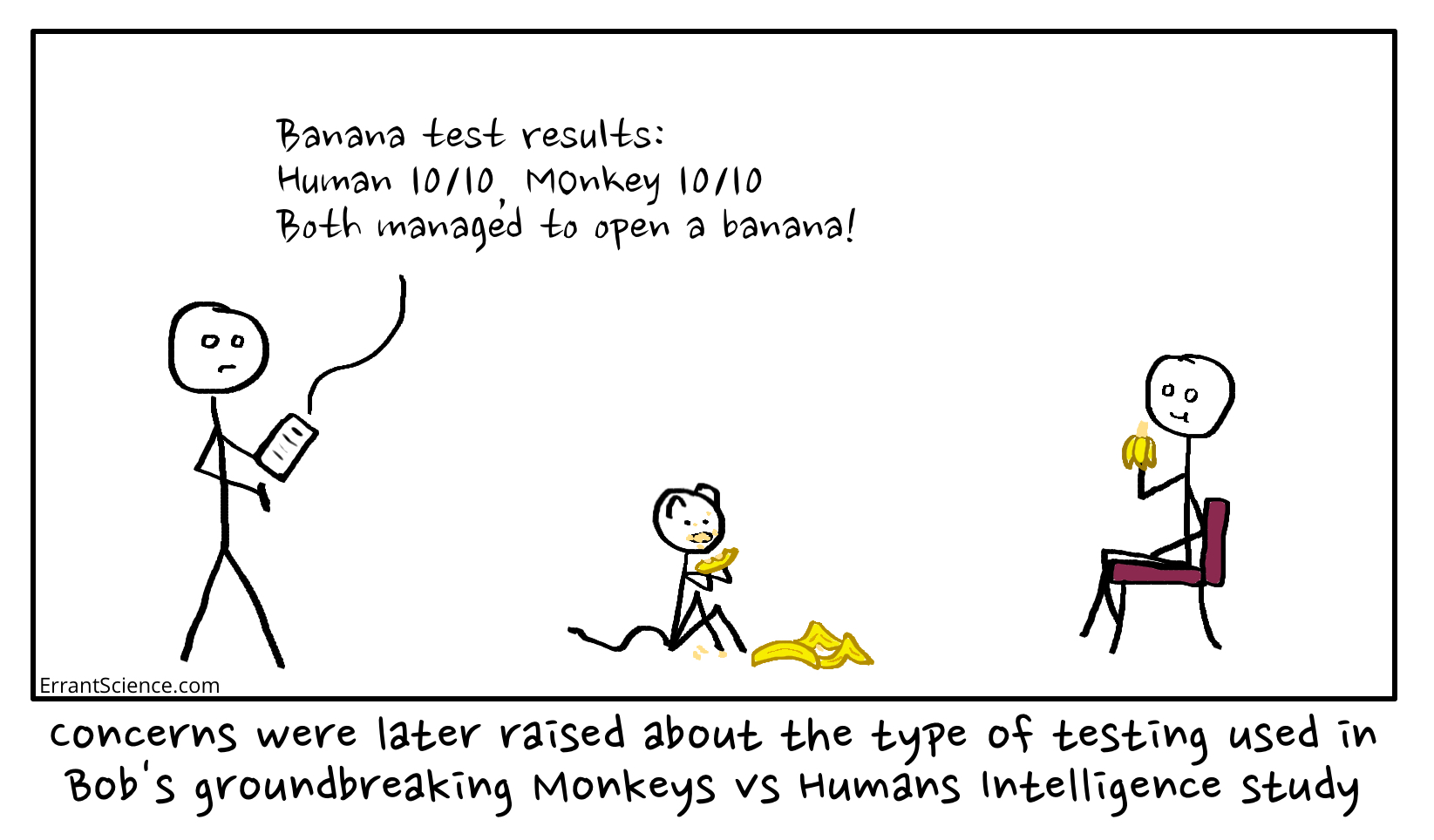 Secondly, it is a meant to be a yard stick by which students can measure their knowledge and achievements, and look for where they need to improve themselves. Again, while imperfect, testing and grading can give students some indication as to where they need to focus more of their energies. It is by no means the be-all and end-all of teaching and is just one of many tools that you can use. Many teachers find equally effective methods to achieve the same results without grading.

However, if you are going to use the imperfect tool that is grading, don’t immediately stab yourself in the leg with it. Ignoring the grading scale and making everyone a winner is ludicrously stupid. You are taking a semi-effective idea and making it deliberately damaging.

For starters, rigging is obvious as hell to anyone with a brain. If little Jonny worked his arse off and memorised the entire text book but gets the same mark as Paul who is only allowed to write his notes in crayon, people are gonna guess something is amiss. The result will be that they no longer feel that their work is being rewarded or probably even noticed. And I’m no rocket scientist but I’m guessing once the students figure out the work doesn’t match the grading they might start doing a LOT less work. 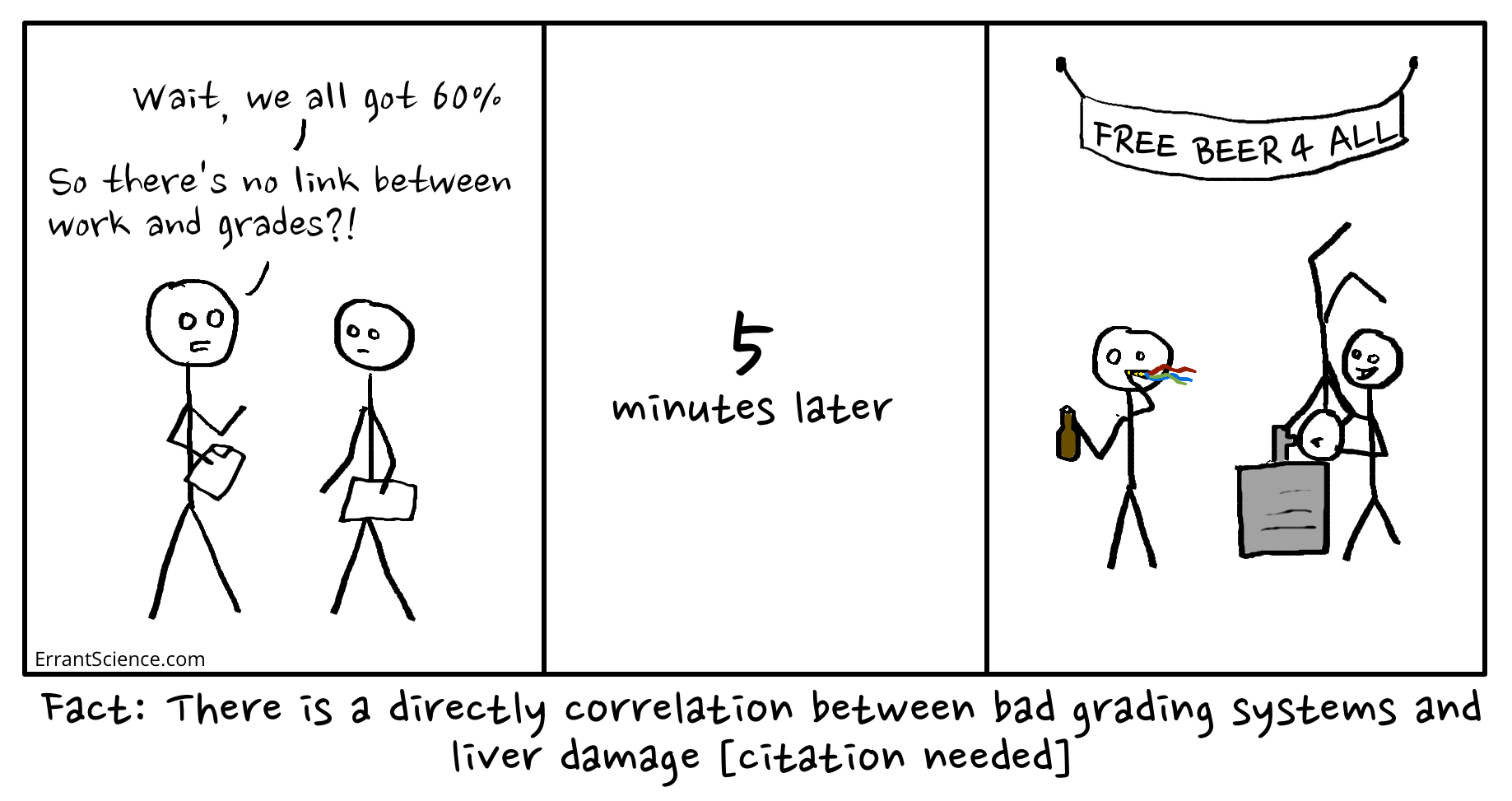 It also totally defeats the ability of the students to ever get any better. If you give them feedback saying “you’re great” under every category then they have no way of knowing what they need to work on in the future. So they just blindly study a big range. Everyone has blind spots and weaknesses when they are learning new things. If you don’t, then your blindspot is most likely your inability to see blindspots.

Finally, doing this just because “everyone else is” is a great self-fulfilling prophecy. No one is to blame because everyone is allegedly “doing the same thing and we’re just trying to make it fair”. Of course what others are doing it totally unquantifiable so this leads to a dishonest arms race to the top where everyone is trying to up their grades to “make it fair”.

The system was fair to start with and grade fixing broke it. By fixing your own grades to make it fair you are simply making the problem worse. You instantly become an instigator of the fraud, to the point that eventually you ask other academics to do the same to keep in line.

Well, no – I’m not doing that. I’d rather put my energy into stopping the rigging of grades than perpetuating further fraud. It won’t be easy, it’ll take a lot more work and possibly not get solved for some time but at least I’m actually working towards helping students instead of actively sabotaging them.