How do people work in strange places?

So at its time of writing it is apparently about 02:00 am in the UK right now, or alternatively 10:00am in Japan. Actual local time is ‘who fucking knows’ – I have started writing this on a plane, currently cruising over some unknown ‘green bit with a few dotted blue bits’.

Currently, I am trying to stay awake to give me some faint hope of actually dealing with jet lag on the other end. I’m about half way into my journey and so far so good. Although, I do have the advantage that the seats were designed by someone who hated all rest, relaxation and sleep and wanted to create a seat that would not allow for anything of those things.

So here I am tapping away on my tablet.

This blog post isn’t just an exercise in sleep avoidance. For a start, I’m not sure sleep deprivation is going to make for the best blog post. I think it’s safe to say that this blog post is likely to give my editor one giant headache with the mess of typos I produce through bleary eyes.

What I really wanted to try was this whole working on a plane thing. Well. More specifically, this whole writing/working away from my office. 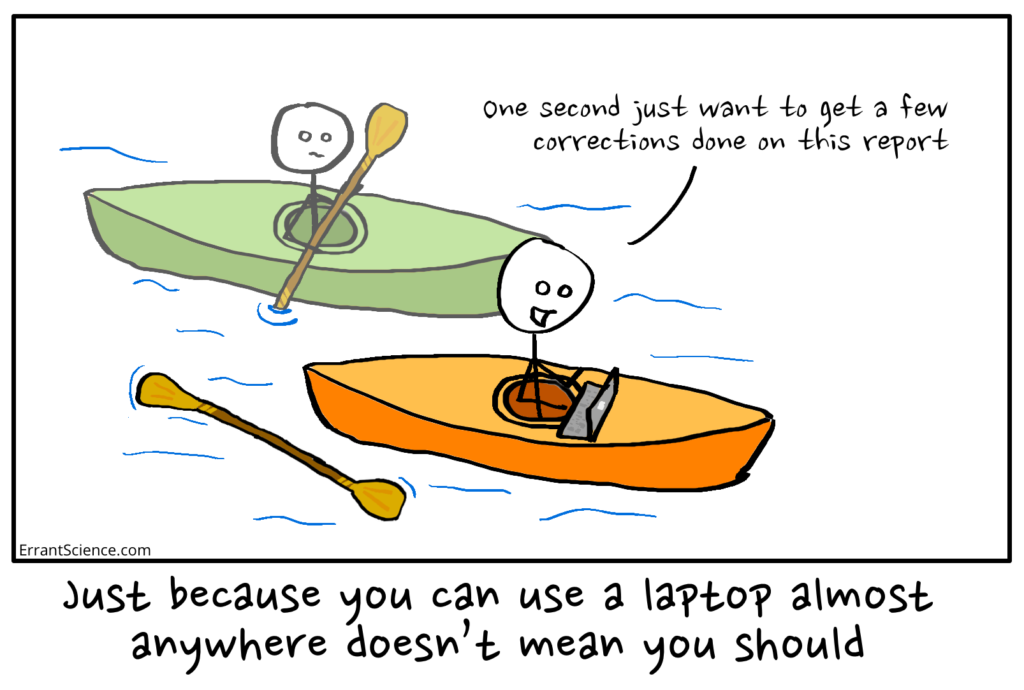 Now obviously I’ve traveled for business before. But in the main I do everything ahead of the trip so that while I’m travelling I do the barest minimum of work. I’m of the opinion that travel is exhausting enough without adding a fresh challenge to it. But I know many people (my boss included) seem to constantly work while away on business and in the interests of trying something new, I wanted to give it a crack. 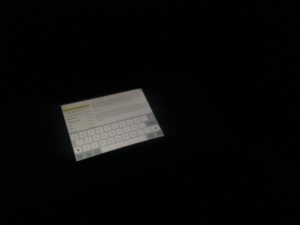 For starters, writing here is only made possible by my tablet. Previously, all I had was my laptop and this was utterly impossible to type on, partly because the keyboard would be lodged somewhere under my rib cage, and partly because the second the person in front of me inevitable reclines their chair, the screen will be at an angle only readable to someone under 4ft. But iPad to the rescue!

Honestly, the worst part of tapping away on the plane is really just the general conditions of a plane. The A/C is drying my skin out so fast that I suspect that the air in here has some how reached negative humidity. The lights are all off, meaning that looking at my screen is both burning a white rectangle into my retinas and also making me pretty blind to the rest of the cabin.

Oh and of course, my brain is telling me it’s the middle of the night. That’s not helping either…

But provided I can overlook all of those things – not too bad. Made much better by someone brining me wine on demand 5/10 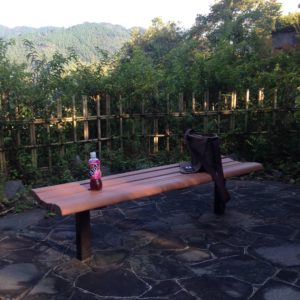 Okay, so this is almost immediately better that the plane. I’m sat next to a bubbling stream in a bamboo forest half way up Mt SaraKura and most importantly, I’ve just found somewhere that sells grape soda. All around me is the sound of a thousands of birds and bugs, making a cacophony of nature-like noises. It’s like working in some idyllic garden.

In fact, what the hell am I doing writing?!!

0/10 terrible place to write. Too beautiful.

I have a room on the 15th floor so my view is of some equally sized hotels around me. It’s nice but really it could be any UK city area, which is good because there’s no distracting culture to stare out at and the weather has chosen this moment to drizzle with rain and look depressingly grey and British.

Like most hotels, I have a small desk-ett with a lamp, an ancient LAN port and some weirdly shaped power sockets. Also like most hotels, I have a chair that is designed by cruel back-hating people that somehow has absolutely no comfort what so ever. Although, that might not be helped by all the desks being designed for people not 6ft tall, so putting my legs under the desk normally involves removing my kneecaps. However,  compared to a plane which assumes I have no legs at all, it’s the lap of luxury.

7/10 Although, resisting the urge to flip through foreign TV channels and laugh at the adverts is very tough.

This location is kinda assembled from two writing trips to a bar. One is in the hotel bar in Brazil and one is round the corner from my house in a pub. Both of them have football on the TV and serve drinks with alcohol but there all similarities end.

My desk is a nice table in what is a pretty quite bar. I have a tall glass of beer and a view of a totally black and not very distracting window. I did choose fairly sensibly and thus haven’t gone to a busy bar so there are only about 6 other people here. 2 of them are watching football on TV and occasionally cry versions of “Ah no, that was a mistake, he won’t be happy with that!” and the others are a group of students who are currently opining on how they could solve literally all the world’s problems.

The high desk thing is nice for making me sit sensible with a straight back – my mum would be proud *sips beer* – but my wrists are bent at an angle that I may later look back on as the cause of my crippling RSI problem in the future.

6/10 Aside from occasionally getting distracted by hilarious conversations from the students, and the pervading smell of stale beer, it’s a pretty nice environment to focus in. 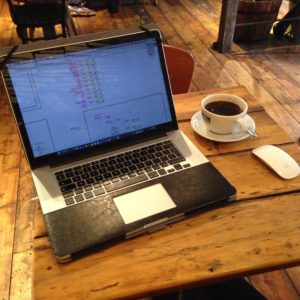 The coffee shop is a LOT busier than the bar. It’s packed with people and there is a constant buzz of noise and the KTSSSssss of a coffee machine. This is most certainly not the sort of environment you want to work in if you’re easily distracted by noises – unless you have a particularly good set of headphones… which I do.

The high traffic load also seems to mean you get a lot of looky loos trying to peer round my screen… yes, you with the glasses – I can see you subtly leaning over. Which is mostly fine when I’m doing something like this kind of writing but when I’m say researching markers for bowel cancer, it causes some strange looks.

8/10 considerably cheaper than a bar (1x £2.50 coffee per hour space rental) and with a power point.

Coffee shops are the best place for me to work in. I am immediately going to start working on converting my office into a coffee shop to try and improve efficiency. But I’m concerned that this will limit my office hours to the normal working day so it will covert to a bar in the evenings to ensure proper coverage. I wonder if I can use the H&S budget under the guise of improving working conditions?