A few weeks back, I ran a competition called #GooglyScience. I challenged my readers to post pictures of various bits of scientific equipment with googly eyes, because who doesn’t love googly eyes!

For the prize, I promised to send out to the winners their very own 3D printed phage. Which I think most of the internet has declared cute and adorable.

The response was excellent, I got loads of really nice photos of random lab kit with googly eyes, and in a couple of cases some office supplies. Below is an album of all the photos I was sent, in all their googly glory.

Now when it comes to winners, I am going to slightly modify the rules of my competition, retrospectively. I originally said I’d give stuff to 5 winners, with one grand prize winner receiving a Hello Kitty Vader head. However, I only had 4 individuals provide all those images so I think it’s only fair to reward them all for their submissions and give everyone loads of 3D printed goodies.

So @Neurofim, @Apoorvaj92, @Julie_B92, and @superhelical will shortly be receiving their very own collection of 3D printed goodies and some newly printed ErrantScience stickers.

However, I feel that @astonplat went above and beyond by googly-eyeing every. single. rock in his collection. This kind of commitment to googly eyes deserves a special reward so in addition to the rest of the cool 3D printed things, I’ll send him a 3D model of the most famous rock I know, Comet 67P/Churyumov-Gerasimenko – that comet we landed on. 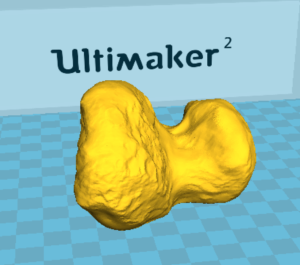 I hope everyone enjoyed the competition. I’m always open to ideas for other competitions if you have any suggestions. In the future I hope to run more giveaways, so please look out for the next one. Especially because in this one, 100% of the submissions got freebies so your odds are pretty good!