If you work in science or a science related field stop reading here and go buy a 3D printer. If you keep reading, it’s basically just stubbornness on your part and by the end you’ll regret using this time letting me convince you, instead of browsing for 3D printers from the start.

We bought our first 3D printer about a year and a half ago. It was part of a project to make a sensor that needed to be held inside a flow tube, so I used the argument of a complicated diagram and the words “3D printer” flashing on a slide to convince the powers-that-be to buy one.

I put it to work almost immediately by trying out a complex flow design every week. We now have 2 machines and they are running nearly non-stop 24 hours a day and I barely get a chance to try a design once a month.

But this is a slightly false introduction as my argument for buying a 3D printer isn’t about big clever 3D printed widgets that are intricately designed. No, my argument for buying one is for the small random bits that every person always needs in a lab, for the jobs currently being performed by an exotic combination of retort stands, gaffer tape and/or cardboard.

The power of the 3D printer is in producing all the stands, holders and screens that have a very specific shape for just this one experiment you want, and so either end up cobbled together or bodged. Random widgets out of cardboard are holding together at least one experiment in everyone’s lab. If you don’t currently have some cardboard taped to something or a bit of plastic wedged under somewhere then you are probably working in a lab on a TV set. If you didn’t know it’s a TV set, then mostly likely you’re actually in a lab-based Truman show all about you. 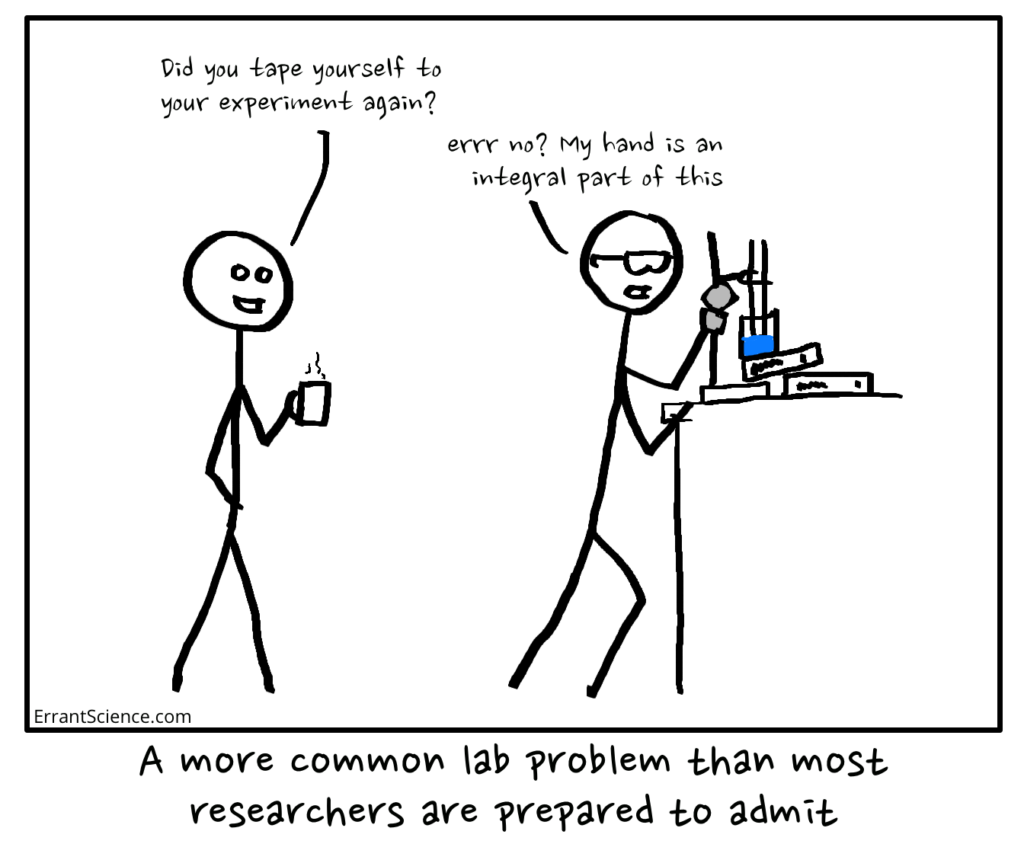 But assuming you working a normal non-TV lab, 3D printers replace those bodges with something you firstly, don’t have to spend 2 hours making or looking for and secondly, are something that exactly fits the job you need, rather than almost fit the job you need.

The reason I can’t get on the 3D printers is that everyone is making holders for laser power meters so they sit at some crazy angle because that’s the way the laser is set up. Or the custom case for the experiment that is apparently sensitive to someone walking 3 meters away. Or the tube rack that has exactly the right number of tube holes for the experiment they have to repeat 10x a day. Or the 3.456 mm thick bit of plastic that lifts their experiment up just enough to be in line with the heater. 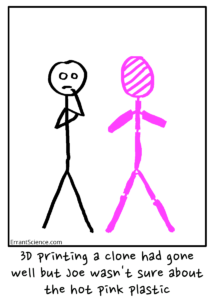 And these are a tiny selection of the random stuff that our 3D printer is currently being used for. All I really wanted to do was highlight that these uses aren’t crazy or complicated, they are realistic solutions for actual lab problems.

Finally when you’re done with it, just throw it away and print another one when you need it again. Modern PLA printer plastic is plant derived (as opposed to oil baron derived) and is biodegradable. Its cost is also pretty persuasive – a fist sized Darth Vader head with a Hello Hitty bow tie (an example everyone can obviously visualise) costs about 40p.

Having a 3D printer is like having instant access to a technician who works nights, rarely complains and likes to be oiled about once a month. They need some training up and and an understanding of their foibles, but once they are settled in they are crazy productive at solving innumerable lab problems. Now if only they’d make plastic that was acid resistant I wouldn’t have that smoking hole where my bottle stand used to be…

[…] printers are AMAZING. I’ve now written articles to that effect like 3 times, including for a few magazines. As time goes on and the technology gets […]