So today marks my 203rd blog post *sets off imaginary fireworks* which is a milestone I felt worth celebrating. Why 203 and not 200? Well that’s because 203 is a happy number. I can’t go celebrating on an unhappy number, that just seems wrong.

One thing you may not know about me is that I am actually pretty dyslexic, so from my perspective (and possibly my past English teachers’) 203 blog posts clocking in between 500-1000 words each is pretty good going. 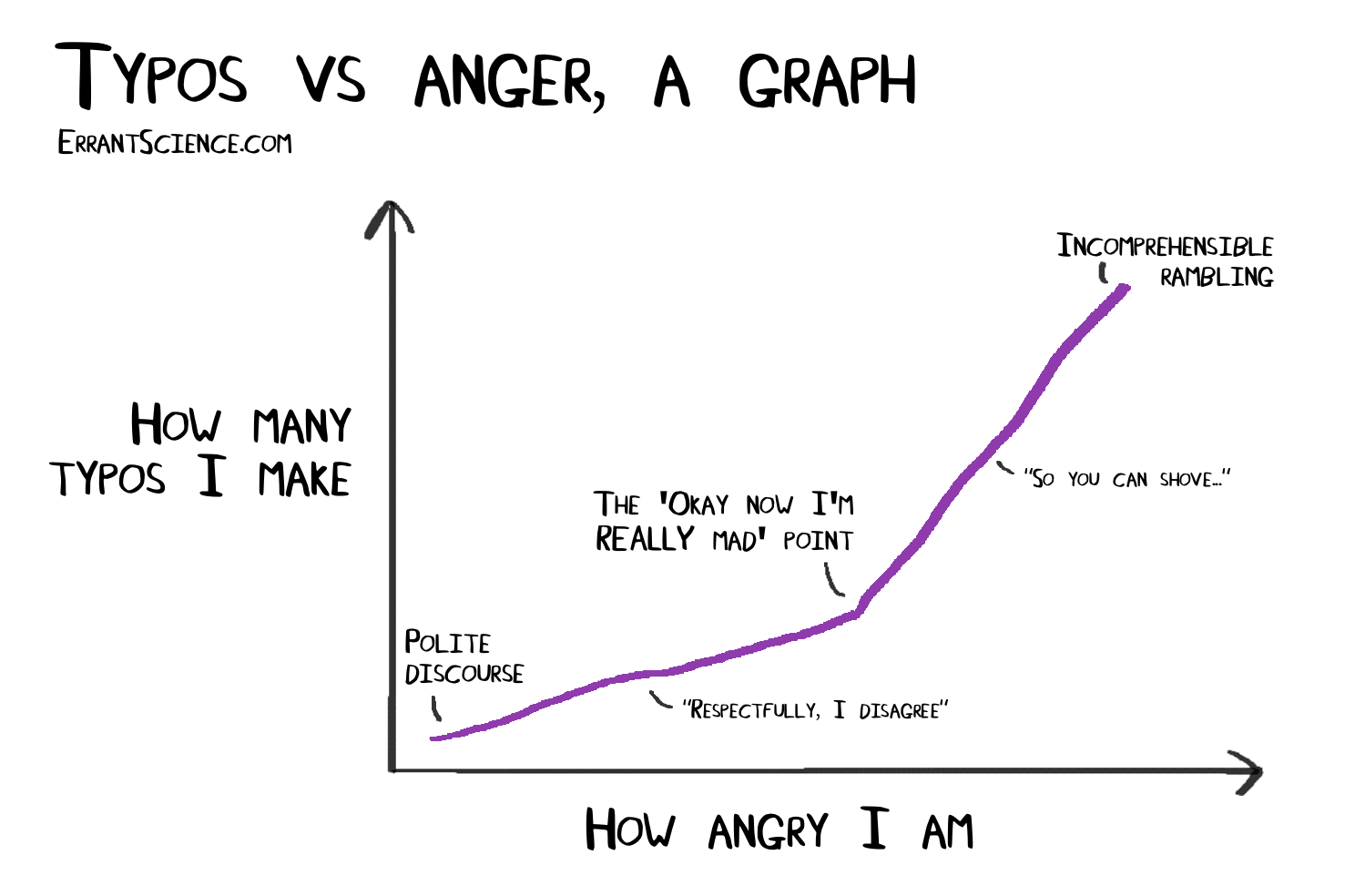 Although I have to confess that one reason my articles are legible and readable is that I have a very talented (and long suffering) editor/proofreader who checks everything I write before it goes out. However, while helping me out, my editor has also been much less helpfully collecting some of my most ridiculously stupid typos over the last 3 years.

I think this milestone is a good an opportunity as any to share some of the brilliance that is my inability to type. Enjoy!

… they are fanatically cheap science kids …

Note: Errant Science does not advocate the selling of cheap kids, fanatic or other wise, only high value expensive ones – the margins are better.

… pretty much describes its continent perfectly …

“And now these three remain: Faith, Hop and Charity. But the greatest of these is Hop“

Losing a bug chuck of people …

Some typos were possibly created by me just randomly writing words in a random order. I think I meant “Losing a big chunk of people..”.

This isn’t a typo, I really am having an affaire with science. It’s gotten pretty serious, we see each other every day and I constantly write science little notes with rude drawings on.

[for] long enough to impress some people in suites.

People sat on a range of sofas and an arm chair are difficult to impress.

I was clearly discussing the plight of part-time physicists. The rest of the week they work as stay-at-home chemists.

After a few months I eventually got offed…

Fun fact: All these blog posts are written posthumously.

You might have thought you were scared before but clearly you’ve never been so scared you are suddenly hideous. I’m lucky becoming hideous isn’t a very far stretch for me.

A kind of blend between board and productive…

I was describing a very motivated piece of wood that gets a lot done with its days.

a small brook with a pretty wild flower meow

Cat walked across the keyboard…

The more boos or papers you cite…

To cite a ‘boo’ you need to include the version of Mario you’re playing as well as the level number and approximate position in the level.

all which will compere well with our performance

Having a good lab compere is important. It helps break up the gaps between experiments.

which I’ll cove in a second

Cove preparation is one of the core skills I was taught in the geography modules of my biochemistry degree.

for someone that really doesn’t mine about viewers

In the UK it’s considered very impolite to mine when someone is watching you. The British mining industry was entirely based on people discreetly looking away while you mined.

This sentence only would have worked if I was attending a conference in the centre of the Isle of Man.

I hope these typos have given you some insight into the kind of horrible working conditions that my editor suffers in. Next time you read one of my posts, please spare a thought for the poor editor who had to put it all back together. Let’s hope that my writing improves in the next 203 posts…