I realise it’s been a while since I wrote to you. In fact if memory serves, the last time was in about 1987 when I scrawled “I want Nintendo” on some paper and threw it out of my bedroom window. Now that I think about it, you may have not got that. Well here I am again, a little older – and about as eloquent. 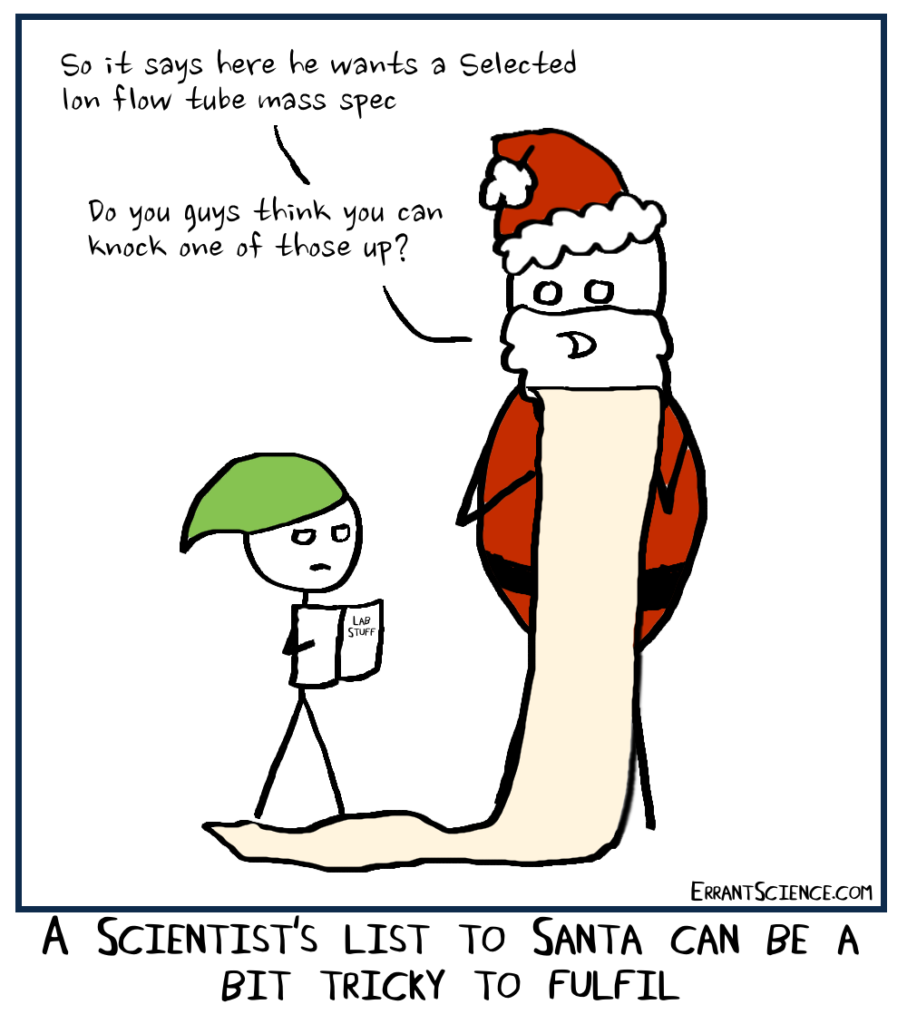 But while I never received the Nintendo I’d hoped for, I’m still optimistic that you can deliver because there are some things I want and I think you are just the well-bearded man to make it happen. Although, that’s mostly because I’m out of other mythical gift-providing people to ask – you’ve really cornered that market.

Firstly, there are a few things I’d like for the lab. Now, I’ve limited my selection to things that I can’t find anywhere else. You are already magically summoning presents out of thin air so I figured inventing some new products would be a cinch.

Secondly, are some things that are more service-based. If you’ve not noticed, subscription service models have become all the rage and I hope your gift giving can accommodate.

Now the last thing I need to ask for is a tracking number on these requests. I have holiday over the Christmas period so if you can try to deliver around the 23rd of December that really would be a big help. I don’t want you having to leave a card at security – getting to the North Pole distribution office in January would be a real pain for me.

Thanks for that – has put me in the festive mood, even though I still chained to my desk 🙂