Why lab automatons are the future of science

Regular readers of this column will know that I’ve written fairly often about things going wrong in the lab. Previously, I’ve landed the blame pretty squarely on equipment failures, building crises, management and on more than one occasion, students. But I think anyone who has ever actually worked in a lab knows that these are all just terrible excuses for the real cause of the majority of problems in my research – Me.

I am human, humans make mistakes. Lots of mistakes. So many mistakes that we even have a litany of names for all the mistakes we make. My personal favourite is ‘a good old fashioned cockup’. And as mentioned, I cock things up in the lab quite a bit.

The whole point of research is that we are looking to fix problems and solve puzzles. We are paid small amounts of money to look at complex systems, finding the bit that just doesn’t quite fit and work out designs for new bits that do fit. But we humans are very prone to seeing patterns and solutions that very nearly almost fit, and then poking it in the hope that somehow the thing that doesn’t really fit, will actually fit!

In the lab, what this means is that we are all sometimes prone to getting very excited about a possible solution that looks so tantalisingly like the answer, but which isn’t. Now if we were perfect scientists, we’d treat those kinds of solutions like any other, and stoically explore it. But sooner or later, we all get a pet theory that we really really want to be true.

Sometimes this is a good thing, sometimes we see something that looks maybe true, and it turns out that our judgement was actually this great leap of genius. But sometimes we leap straight off the edge of the table, miss the couch and slam into the floor like my slightly daft cat.

The solution to these less than graceful leaps is to stick to experimental plans. Every science student above the age of 13 (or possibly earlier) knows what we should do: write a hypothesis, plan an experiment, run the experiment, analyse the data.

Now you might say the answer to this is to stop peeking at my data, but I don’t have that kind of will power, as I often have to sit with the experiment and the graph is just right there! So instead I have found a better answer. Automate literally everything. 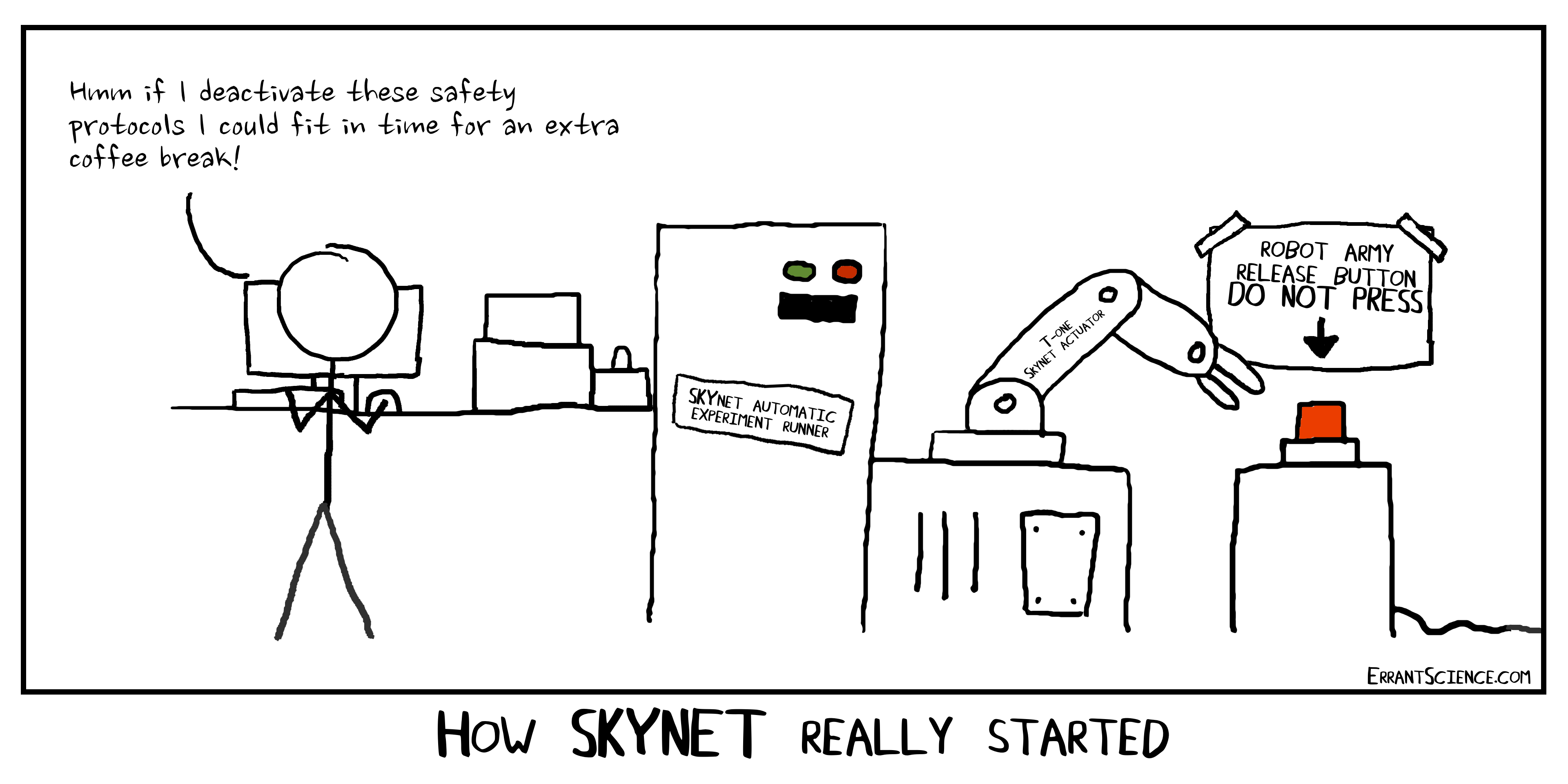 I spend an inordinate amount of time finding ways to remove the me part of every experiment I can. The less input I have after planning it out the better, as far as I’m concerned. And thanks to low cost computers like the Raspberry Pi and most equipment having helpful computer interfaces, it’s actually pretty easy. Plug thing X into computer Y, ask company for drivers, refuse to pay £1000 for drivers, google open source drivers, install, run.

If I’m not sitting next to the graph poking the experiment every 10mins to keep it going then I can’t look at it and then do a very human thing of ‘tweaking’ the experiment. The computer will happily sit there an impassively run the whole experiment without even so much as a firm opinion about the data.

For me my ideal equipment is equipment where I can press ‘go’ and come back 2 hours later, taking a memory stick full of data away for processing. Now, if I can only find a way of automating cleaning up experiments then I’d have the perfect lab!