This week I have reached new depths of impostor syndrome and the week has barely even started yet. I have never felt so utterly unqualified to be somewhere.

The somewhere in question is The European Geosciences Union general assembly (or EGU). This mega conference (~14,000 attendees) is held annually, featuring a vast array of geoscience talks (there are 22 parallel talks) on everything from people discussing where all the carbon has gone, to how to measure the fluffiness of clouds.

Those of you who have read my ‘about page‘ might realise that I am not a geoscientist.

I don’t know anything about where the carbon has gone nor how to measure how fluffy clouds are (I’m not even sure I fully understand why they are fluffy in the first place).

My first degree was in biochemistry, and I mostly spend my days developing fibre optic sensors. Essentially, I am a ‘not quite biologist not quite chemist, who spends his time pretending to be a physicist’.

My research time is divided between developing clever new sensors that rely on various optical tricks to make tiny fibre optic sensitive to ‘stuff’. Generally, the stuff is chemicals but sometimes it’s also how bent the stuff is. They are very versatile little doohickeys.

However, I work in an engineering department, so the rest of my time is spent trying to find real world applications for these sensors. Designing them is only half the fun – sticking them random places is much more exciting, especially if the person isn’t expecting it.

So just to recap – I’m a ‘not quite biologist not quite chemist, pretending to be a physicist, working for an engineering group’ at a geoscience conference. Never have the words “I have no idea what I’m doing” resonated so well. But it’s okay. It gets worse! 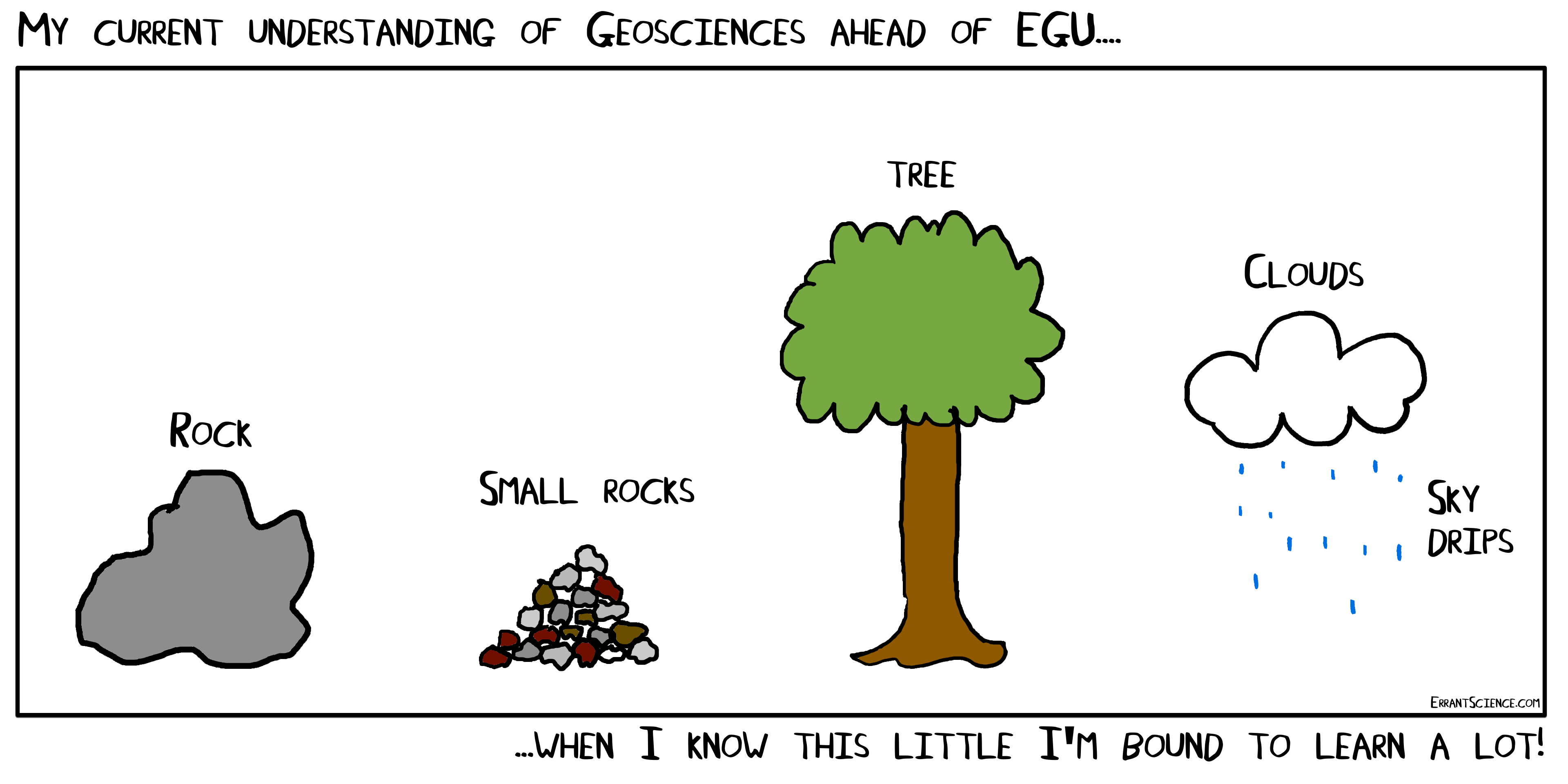 The EGU (an acronym I’m choosing to pronounce ‘eggoo’) very kindly gave me a free ticket for this 5 day geoscience extravaganza. They did this because I applied for a press pass on the basis of being a blogger, which in the bold world of new media counts as ‘press’. A title I feel highly unworthy of as I’m mostly just sarcastic online.

So here I am, a not quite biologist, not quite chemist that pretends to be a physicist working in an engineering department, at geoscience conference with a press pass.

Introducing myself to people this week is going to be fun!

Once I’ve finished telling everybody my strange title I’ll be doing two things: firstly in my ‘scientist of all things’ role I’ll be trying to convince lots of geoscientists that they want to stick some fibres into their geo. Should be an easy sell, geo is quite big and the fibres are very small, it won’t feel a thing. Secondly, in my capacity as ‘press’ I’m going to be posting a daily journal of life at a conference.

When I was a young academic I barely understood what a conference was let alone had a sense of what happened during them. So all this week I’ll be writing about the life of a conference goer. It will be sarcastic, questionably accurate and with any luck, highly entertaining – if only because writing a blog post every single day this week might very well break me.