Diary of a conference attendee – day five, hungover and home

06:40 – On the one hand changing my alarm form the birdsong to something more ‘alerting’ was a good idea after yesterday’s accidental lie in. On the other hand choosing the emergency hazard noise was an absolutely horrible way to wake up my very ‘tired’ brain. In case the inverted commas are misleading ‘tired’ is my way of saying I’m now very hungover. Now me and my hungover brain need to shower, pack, have breakfast and then lug everything to the EGU conference centre for the last morning of talks.

08:00 – In the continued adventures of man vs. shower the shower continues to win. Today I didn’t physically cripple myself (yay) but I did forget to move the bath towel from the end of the bath before I had my shower. Which means my towel is now also showered, and sadly I didn’t have a second towel to help dry the first, or more importantly me. I sat and somewhat damply had cake for breakfast, no cereal or other common breakfast foods, just cake. Some days you just need to start the day with cake.

08:30 – I’m in a talk, I don’t know which talk. The door was open the place looked warm and the speakers looked very non-judgemental of my glassy half awake expression. I’m just going to sit here and will myself to first pay attention and secondly not snore when my will fails.

10:00 -Coffee and cookie, if you anyone spoke to me this morning then I was entirely powered by sugar and caffeine.

10:15 – Conference WifI has been a constant feature of my week. Mostly because what with writing a daily blog and tweeting means I need that precious internet connection. But also because I didn’t go for the giant book of conference program and stuck with the app which needs an internet connection to work. So far this week I’ve discovered that during the coffee break the wifi becomes as stable as three legged bar stool where one of the legs is made of burning matchsticks. I’ve also discovered various dead spots including all the toilets, which I feel is a critical infrastructure failure, not that anyone uses their phone in the toilets… none of us do that… forget I said anything, the wifi is perfect.

13:00 – For me the EGU is over! My flight is at 16:00 so I will shortly be trundling my little luggage towards the metro station. It’s been a fun week learning about geoscience, learning what I don’t know about geoscience and how much less I now don’t know about geoscience… that sentence makes sense trust me. Geoscience is an application area I am only just scratching the surface of and I think given more time and work there’s loads of applications for my work. The geology badger really is just the start – I could cartoon a whole series of woodland GeoScience creatures!

But I am going home now to enjoy a relaxing weekend before heading back to the world of not quite biology, not quite chemistry and pretend physics. And much more importantly a shower that doesn’t actively hate me. 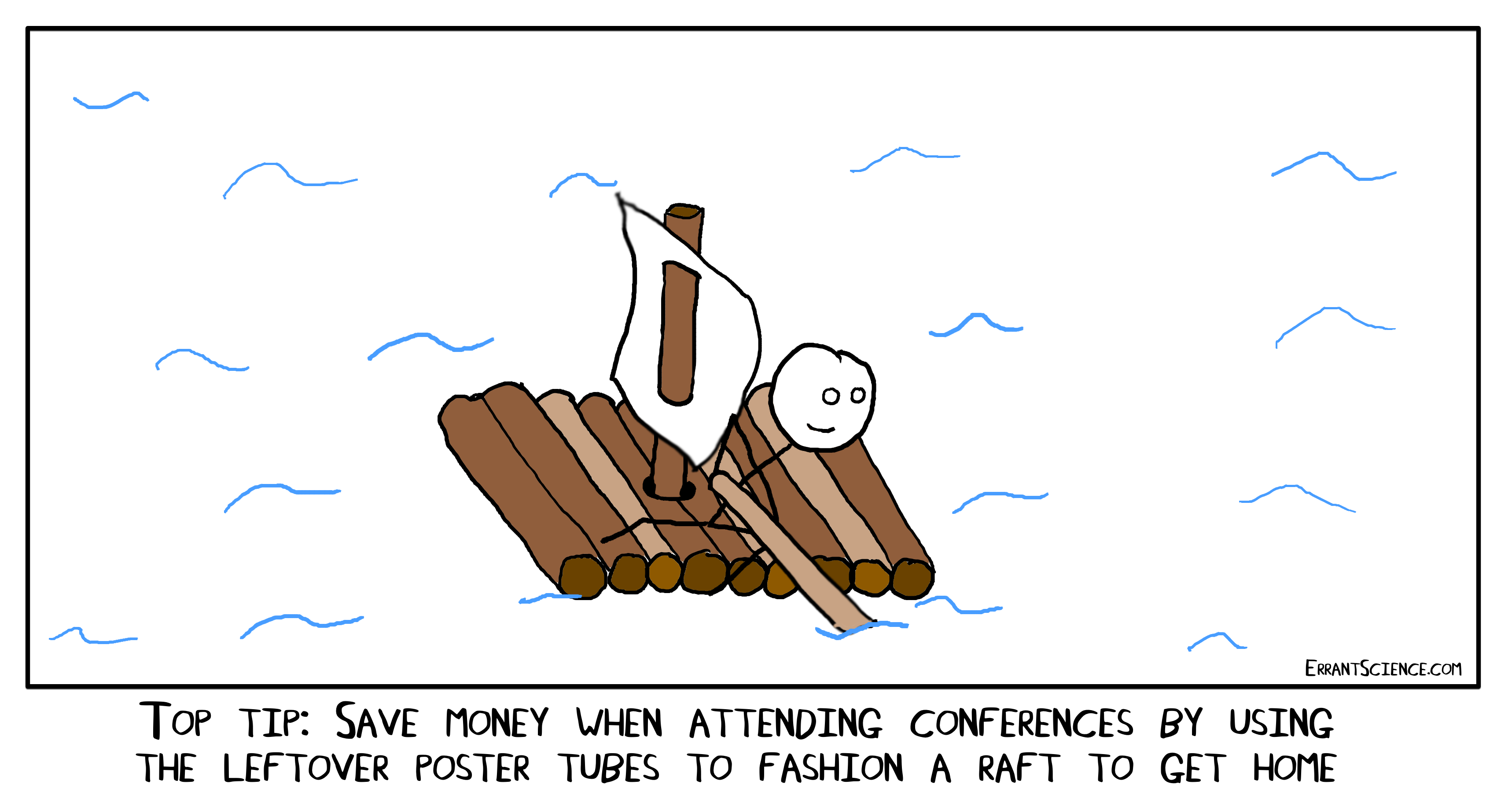