How programming can help you learn to play the flugelhorn

In today’s post I want to talk about something very close to my heart. My flugelhorn.

No, it’s not a dirty word, or a euphemism. If you don’t know what one is, look it up. I’ll try describe it. It’s a brass instrument, slightly larger than a trumpet but sounds more mellow due to the conical shape of its piping (‘bore’). And it’s by far one of the favourite things I own.

So let me tell you why I love it, and what this has to do with Science.

Finishing my PhD toward the end of last year gave me a new lease of life. Truly I did not realise how sad it was making me until I stopped doing it… but that’s for another time. So, I jumped headfirst into all the things I had been wanting to do but had no time or energy for previously.

I’d wanted to play the trumpet for a long time, but had never got round to doing anything about it. I’d mentioned it in passing to a few people but that was it. And then on Christmas Day, a friend’s dad handed me a large briefcase-like box, and said “this is for you”. It was a flugelhorn, which he wanted to lend me (and has subsequently given to me, lovely man).

Now a flugelhorn is not a trumpet. However, it’s in the same key as most trumpets (B♭) and the notes are played in the same way. So after Christmas I merrily took my flugelhorn back to London and pondered over how I would go about learning it. I should get lessons probably, right? Having never picked up a brass instrument before I hadn’t the faintest idea of how to make any non-terrible-sounding noise from it.

Something that I’d been quite worried about when starting this venture was reading music. I used to play guitar and keyboard when I was in school, and despite gaining a GCSE in Music, I found reading music a real struggle. I’d get into such a panic when handed a sheet of music and be expected to read it without scribbling notes all over it. But this time round, it wasn’t too bad. I joined a local beginners brass band, and within a couple of months I could confidently sight-read a new piece of music, albeit slowly. And I have a theory for why that is. I think it might be to do with learning to code during my PhD.

I always think that coding is essentially like learning to read and write another language – learning what the words and letters mean, how to format and place them in order to make the computer produce the thing you want. And actually, reading music is a bit like that too – learning what the shapes and placement mean, and matching that up in your brain with the action needed to make the instrument produce the sound you want. I’m sure that had it been the other way around, learning to read music would have helped me learn to code.

It turns out there are actually several similarities between playing flugelhorn and programming:

So I think I have my PhD to thank for some of the joy I get out of tooting my flugelhorn every week. I do wish, though, that I’d started doing this whilst still working on my thesis. Playing an instrument is a great way of switching off from science work – it’s one of those hobbies that exercises a different part of your brain to the sciencey part (at least, that’s what it feels like to me), giving that part a chance to rest and recharge. And you can do it relatively guilt-free, as you’re still learning something new and becoming a more enriched human being.

Learning an instrument has been a really rewarding experience. If it’s something you’re thinking of doing, but you think you don’t have time because you’re too busy sciencing, make time. It’ll be worth it – you’ll meet some ace people, and you might even pick up a thing or two to make doing your science easier. 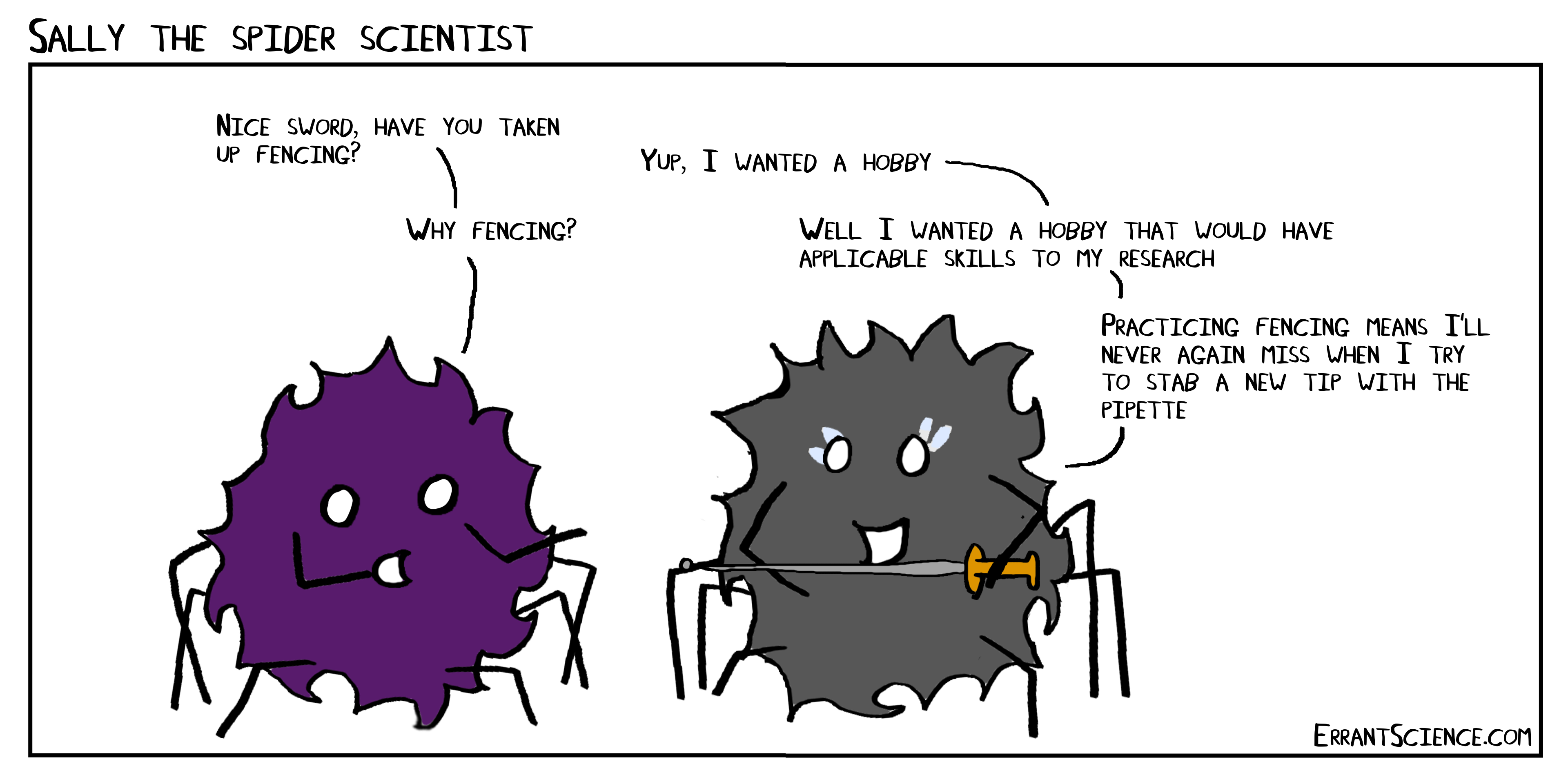