The disadvantage of being an unemployed academic

Time are tough. We’re not quite at a ‘Mad Max apocalyptic scenario’ tough, but things are tough. Countries around the world have all suffered through austerity and academic institutions everywhere are looking at the offices full of academics and wondering how many they can get rid to save on the heating bill without threatening the local tweed industry.

But being an academic outside of academia is a hard thing indeed because you are almost immediately locked out of the very thing academics need to stay in academia. Money.

Money makes the world go round, or in the case of academia money gives you a warm seat in which to sit. Increasingly over the last few years are you as an academic expected to bring in money to cover your salary (+140%). So you spend no small amount of time raising money to fund your research via grants which very kindly pay your salary and for your lab space. But if you’re outiside of an institution then the ability to raise the very money you need to get a job can be roughly described as “nope”.

Be it small grants to visit a lab or big grants to start a new research project, they all have the same caveat.

“Must be fully employed at an academic institution”

All those grants you could apply for as an academic are now as accessible as a locked safe welded shut sealed in concrete and launched into space on a rocket called the SS Nope.

Now fellowships are the exception, you can submit these without working anywhere (woohoo). However, there is so much wrong with the various fellowship systems that if I don’t stop writing this paragraph soon I may have a rage induced brain embolism. Luckily for me the guest in October edition of Clutter has got this covered in some detail. But as a taster; impossible highly variable criteria, minute success rate, and incredible lengths of applications (one was ~15,000 words).

You may think industry funding is the answer, companies don’t come with caveats and paperwork. Technically that’s true, industry can basically do what it likes, they have the cash so they make the rules. But they also rarely like to give money to homeless researchers. Starting negotiations to do a research bid rarely goes well if you start it with “well I’m between labs right now”. 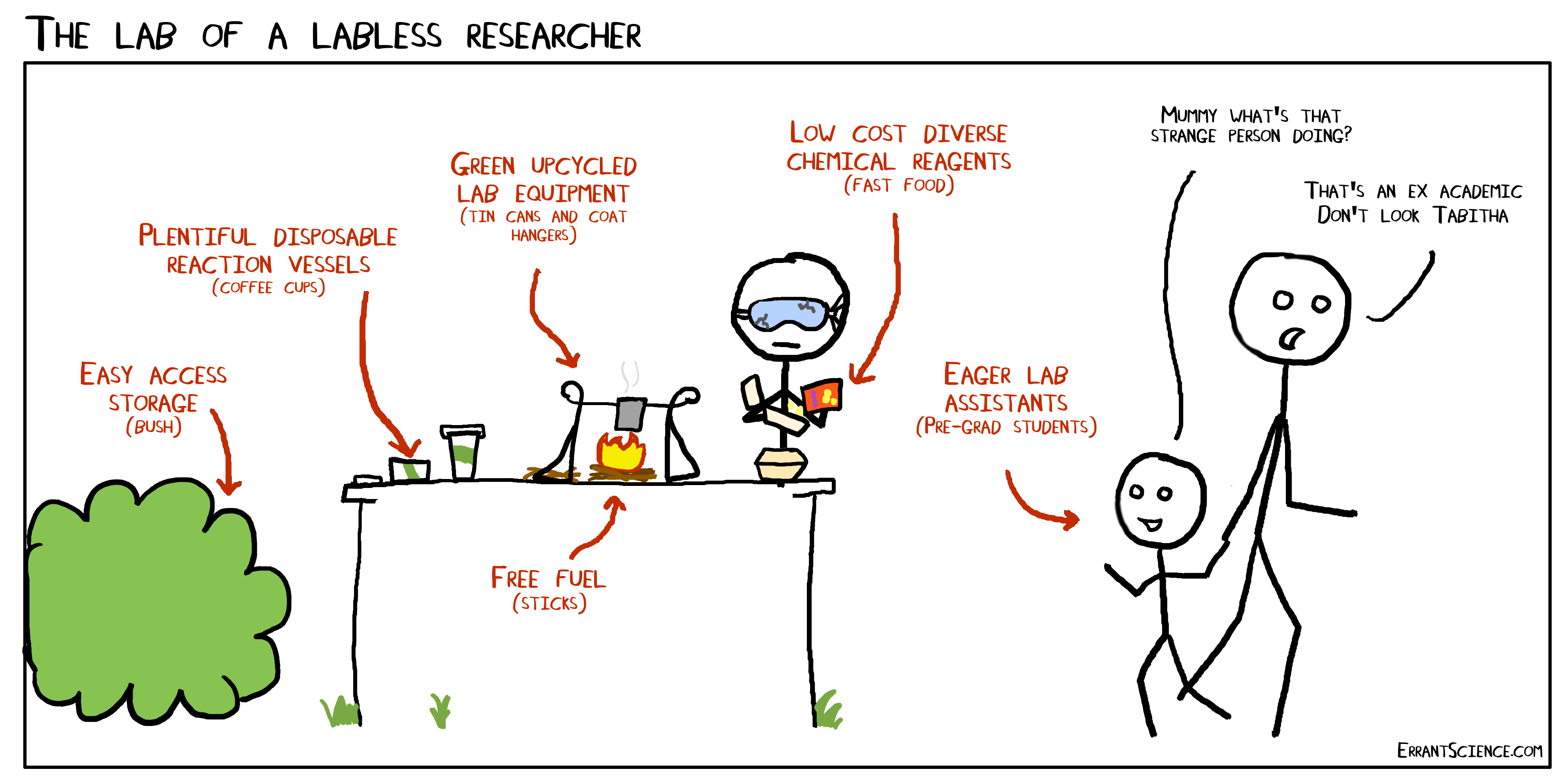 Which leaves you with two choices, either finding a nice university that very kindly lets you write grants for them with the pinky swear promise they’ll hire you if they get them (which is questionably legal). Or job applications, which require more patience than a patient Buddhist monk who’s hobby is racing glaciers.

So for any academics shortly entering the job market, best of luck. Staying an academic is a tough path to follow. But stick with it and when the times get tough and it all starts to get a bit too much, send angry tweets to the funding agencies – it’s very cathartic.