Published by Julian West on 9 April 2018

It’s been almost a year since I defended my PhD, but still I find myself considering what the main lessons from graduate school really were. Unlike undergraduate studies, there’s no real curriculum for doctoral studies beyond some perfunctory courses at the beginning and “research”, which takes a different shape for every student. What does the diploma actually mean, though? What competencies does it recognise?

In puzzling over this question, I came across a story in Kyudo, Japanese archery, which goes something like this:

A Kyudo master is teaching his students the fundamental techniques of archery. He says how the goal is not to hit the target, but rather to shoot the arrow perfectly. If one achieves perfect breathing, perfect drawing, and perfect releasing the arrow will have no choice but to hit the target. Every day they practice dawn until dusk, and every day the master misses exactly one target. 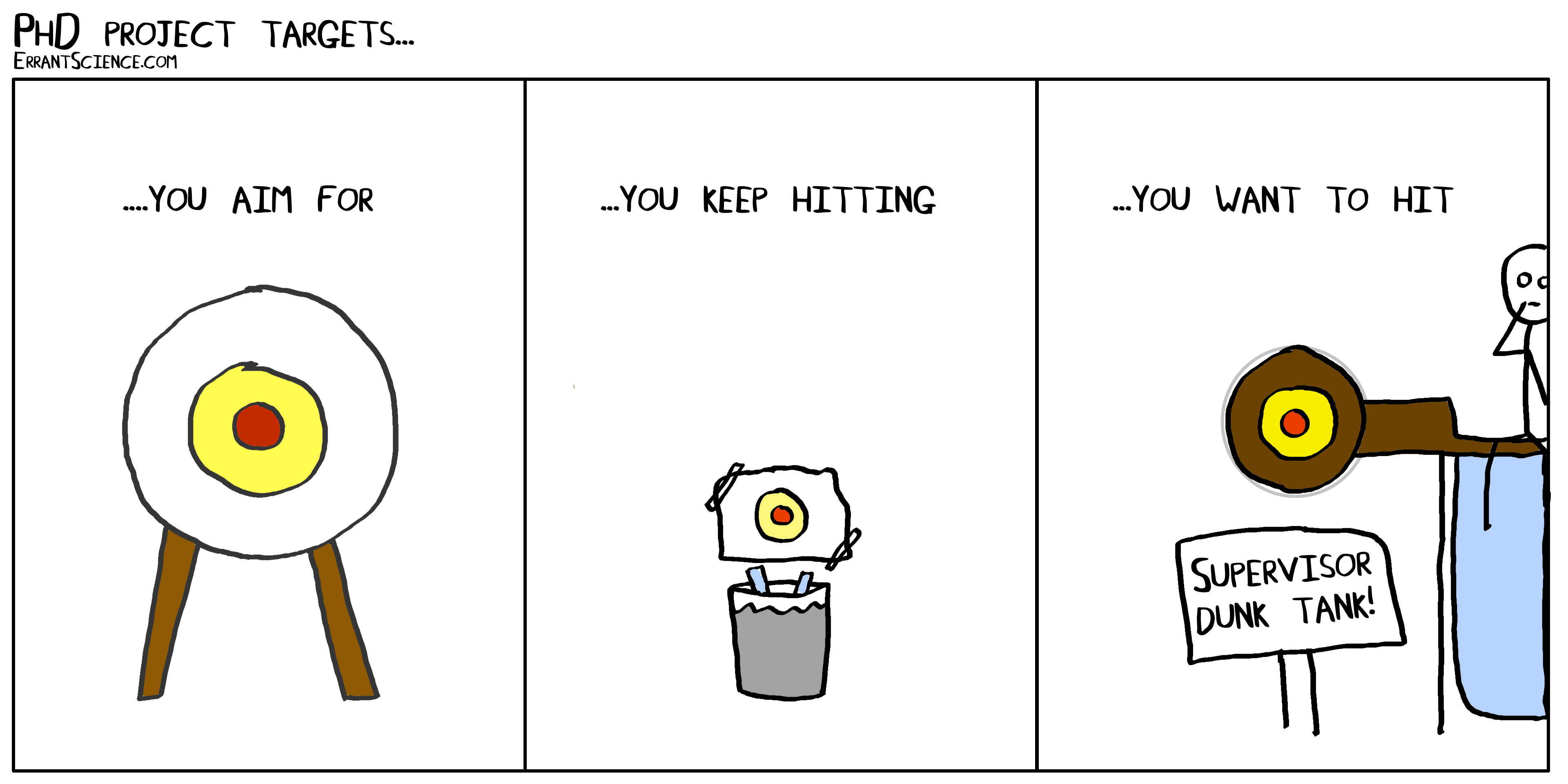 I like this story because it demonstrates the two main skills that I think that my PhD represents: technique and contextualisation.

The first quality, technique, is described by the Kyudo term seisha hitchu, roughly translated as, “true shooting, certain hitting.” Much of the early training in my field, synthetic organic chemistry, is centered on achieving this state in the laboratory. I wouldn’t expect a first-year graduate student to be able to get comparable results to a published procedure, even a simple one, right off the bat. However, if a senior graduate student struggles for more than a few days it would raise some eyebrows. Much like hitting practice targets in Kyudo, repetition and experience in the lab allow for almost effortless attainment of simple and well-defined experimental goals. This is essential, since before we can trust a researcher’s new discovery, we need to know that they performed their experiments reliably.

The second quality kicks in after this baseline reliability is reached. Science is about casting out beyond what’s known, or even really predictable. There’s no great discovery in hitting a target that’s known and has been hit before (though there is a certain technical satisfaction in doing it well). Rather, it’s important to use these skills to ask questions that we don’t already know the answer to.

While asking these questions, however, I think it’s a common trap for PhD students to get too focused on confirming some preconceived hypothesis, convincing themselves that their work is only worthwhile if they achieve the result they were expecting. This is a mistake. Before writing off an unexpected result as a failure, try asking how it might be a success. I think Isaak Asimov (himself a PhD scientist) said it pretty well:

The most exciting phrase to hear in science, the one that heralds new discoveries, is not ‘Eureka!’ but ‘That’s funny…’

How does one develop a “funny” observation into an important discovery? What turns an errant arrow stuck in a tree trunk into a bullseye? Context. New knowledge is inherently valuable and interesting, but it’s not always interesting to the same extent to everyone. It’s the scientist’s responsibility to think long and hard about who their results might matter to and to make sure that these groups learn about them. Placing results in the right context is the difference between papers being impactful or unpublishable, grants being funded or declined, tenure granted or denied.

Contextualisation is not automatic, however. No, it requires a large and expanding knowledge base that is only possible through consistent and deliberate effort. But making time for reading doesn’t have to be a chore: diving into the literature can have that same sense of adventure as diving into a new experiment! Personally, I try my best to keep an open mind when choosing what journals to browse, or what talks to attend, and it’s repeatedly paid off in my research projects.

Being willing and able to place results in context is what I think is the true mark of a PhD scientist. Reliable skills in the lab are necessary, but not sufficient. It was only when I was able to place my research into the context of the field that I was ready to write my dissertation. In the end, the PhD is a doctor of philosophy, after all, not a doctor of doing experiments.