With his head gently resting against the keys of the keyboard, Joe began to run through all the same things he had already pondered on to aid his escape. Joe considered that he might fit through the air vents if he stripped off and covered himself in oil. He was pretty certain he would absolutely be able to make it through. Although he discounted this idea because, on the off chance that he did get stuck, when he was found in the morning he’d be naked, covered in oil and wedged in a wall, which he might struggle to live down. This was probably a good thing – if Joe had actually thought about it a bit then he’d have realised that the vents don’t work like in movies and have some nasty 90 degree turns that he wasn’t going to make it round without a hinge about half way down his spine.
Smashing the window was another possible option. Joe did work-out at the gym and he was pretty sure he could heft a lab chair hard enough to break the glass. Although this was at least partially questionable, because when Joe told people he went to the gym what he meant was that he went to the intro session 5 months ago and had been paying membership ever since without actually going. Regardless, Joe discounted this idea because he was pretty sure that his supervisor would take a pretty dim view of him demolishing one of the walls of the lab just because he was locked in it. In fact he was pretty certain that if the situation arose his supervisor would expect Joe to take a bullet in place of the cleanroom.
The computer bleeped angrily at having Joe’s forehead pressed against the keys for too long, so Joe sat up and glared at it threateningly. The computer sat impassively because it’s a computer and really has no opinion on any of this. In fact, the whole situation was quite a way beyond the computer’s grasp and it was really not that bothered by any of it. Although it was starting to feel that it liked making the beepy error noise. 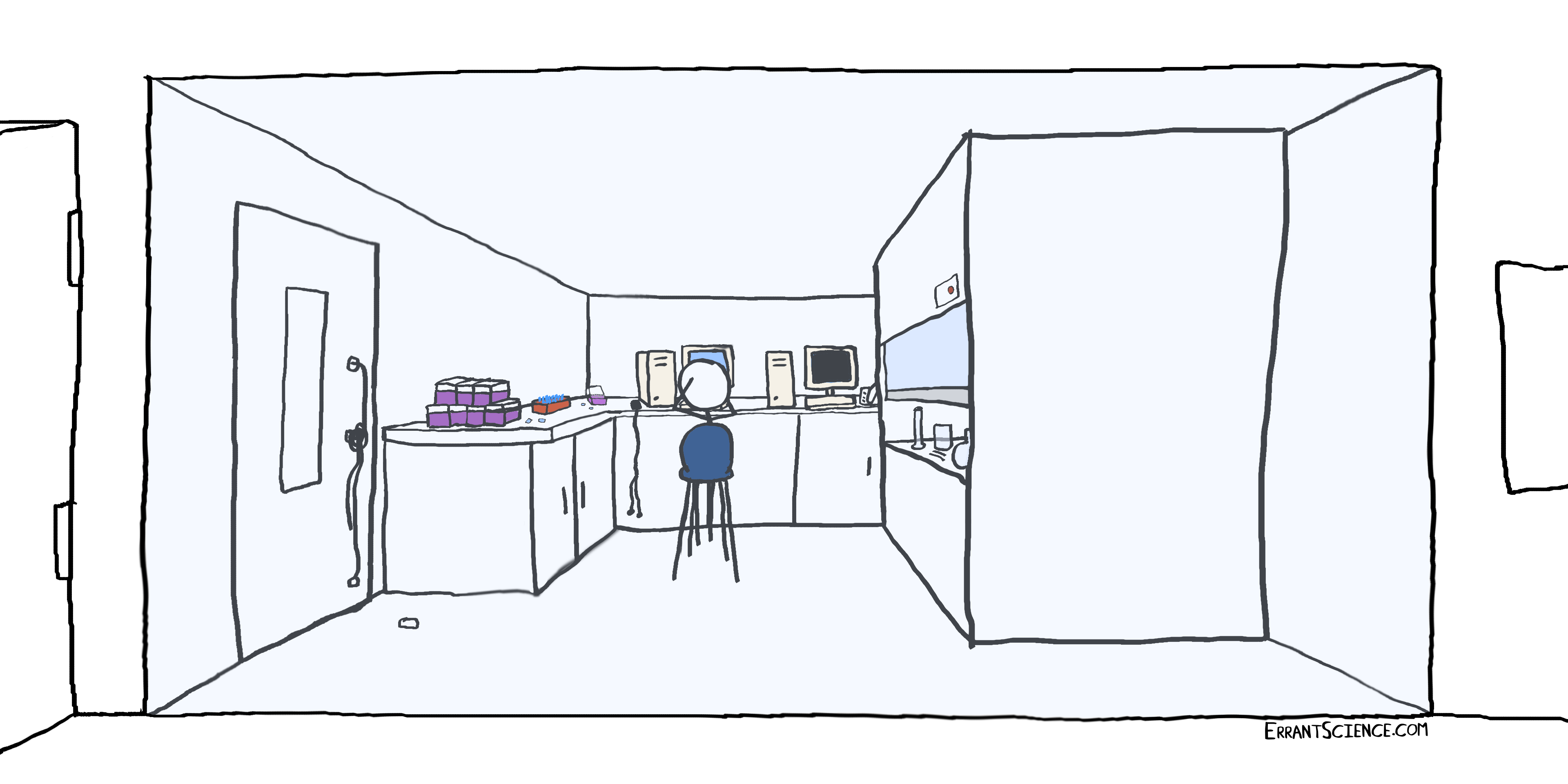