How to train an outdoors researcher: a terrible guide

Researchers are a varied bunch. Some researchers are very much indoor researchers and don’t ever leave the warm comforts of modern indoor heating systems. Others are wild and free and can sometimes go days without ever returning to fresh food and indoor toilets.

Researchers themselves tend to have a preference for being either indoor or outdoor and there’s a lot of scope for both. But for people looking after researchers it’s not always easy to go from having researchers that spend all their time cooped up indoors to ones that do their research things outside. 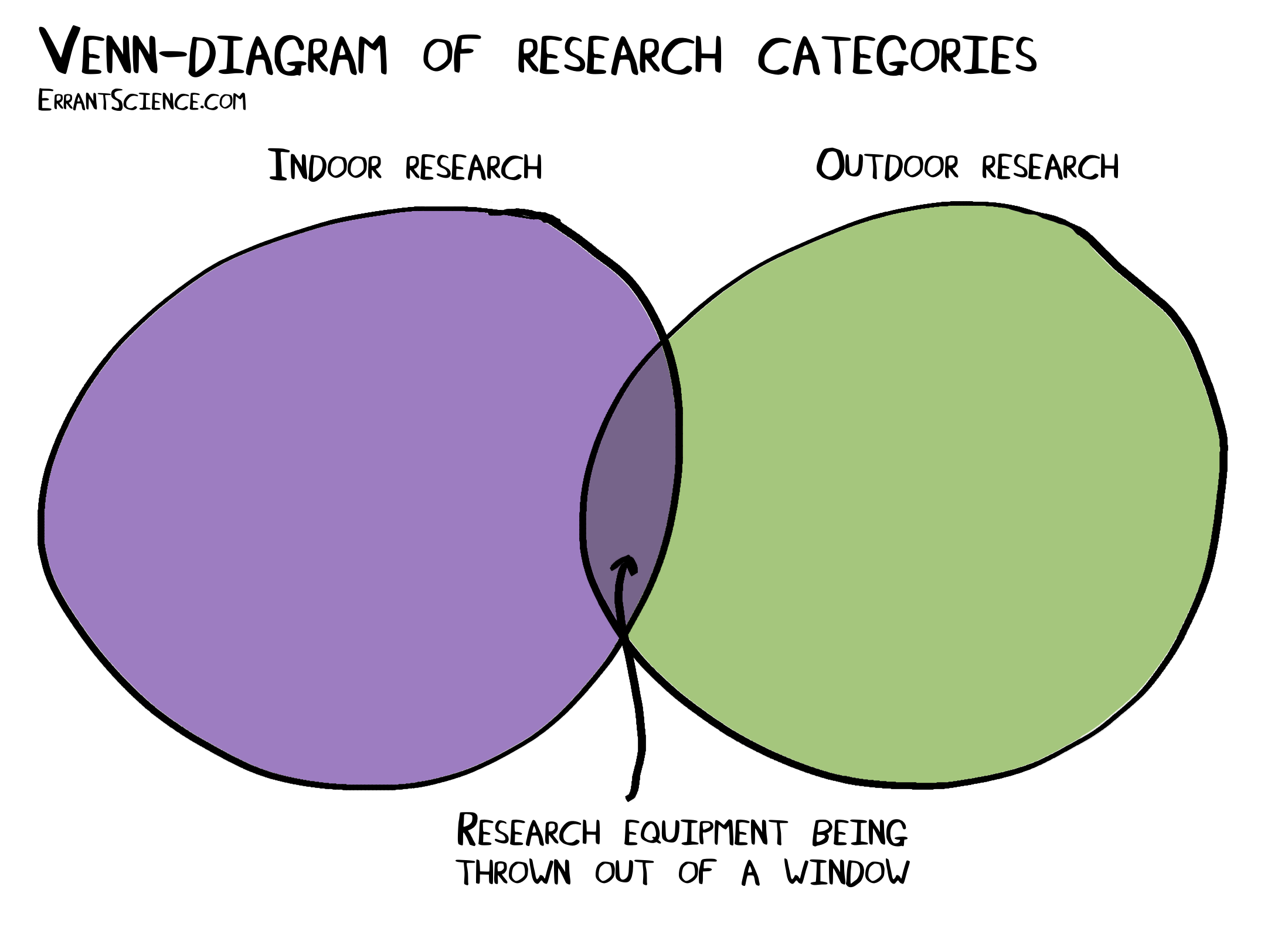 This highly detailed and incredibly accurate guide is for anyone that is thinking of having an outdoor researcher and wants some tips on how to make that transition as simple as possible.

1. Preparing for the outdoors

Preparing your researcher for the outdoors is important. You can’t just push them out the door and hope for the best – you need to think carefully about what you what them to get out of it and make sure their outdoor environment will be suitable. If you have a researcher that is very interested in plants then you really want to make sure your outdoor space has lots of strange and interesting things to investigate. There’s no point releasing them in to an outdoor space that doesn’t have what they need.

You also need to consider ensuring that your researcher is well prepared with everything they need. They might not have been outside before and so will need some help. One important thing is to make sure they have all the proper identification. You can provide physical ID but if you want to be a bit more modern about it I’d suggest getting your researcher microchipped. That way no matter where they go and what happens to them they can always be identified and given back to you.

The first time your researcher goes outside will be very stressful for both of you. There’s a big learning curve in understanding the difference between inside and outside and your researcher is going to look to you for reassurance.

To start with maybe do small trips to test out your preparation and make sure everything is going as expected. It’s very important that you go with your researcher the first few times you go outside. This is vital for reassuring your researcher that you understand their new environment and will help them feel safe and secure.

Obviously after the first few times you won’t ever need to go outside again. Researchers should happily go out on their own while you can enjoy central heating and hot drinks.

It’s rare that a researcher will be in an area where there are no other researchers. Researchers from other places will not always get on with your researcher so you need to watch out for the warning signs.

Researchers in the same outdoor space but from differing people will often squabble and fight, particularly at first. They will try to establish their own territory and space and this can initially lead to some tensions. It’s important to make sure you talk to the other people involved and in cases where the researchers can’t resolve things without fighting then come up with a schedule.

You may also have the opposite problem where researchers may become too interested in other researchers. This is mostly harmless and not something you can do much about but don’t be surprised if a number of smaller researchers appear when this sort of behaviour happens.

Risk assessments for the outdoors is a must. While getting lost is always a concern researchers also face many dangers from traffic to other wildlife. Making sure you don’t let the researchers outdoors next to busy main roads or train lines is very important. Researchers are easily distracted and may inadvertently run into traffic.

You also have a responsibility to ensure that you researcher has all their vaccinations up to date and appropriate for the outdoor environment. There are many communicable diseases that they’ll be exposed to outside and vaccinations are important.

Of course there is also the possibility of fleas which can be transferred from other researchers they may meet… wait, something just occurred to me. Researchers aren’t the 4 legged fluffy things that people keep as pets are they?

Sorry this article really should be “How to train an outdoors cat”, my mistake. It’s done now so just re-read it but where it says researcher, I meant cat.