some Complicated thing I mAde up to Spell an acronym, Haphazardly (CASH)

In our project proposal we plan to develop a ground breaking technology. Existing technologies in the area that we are applying are rubbish, don’t work at all and if used may kill small orphans. Our technology solves all these problems by not being rubbish, working and killing far less orphans.

To achieve our goals we have partnered with an industrial partner Acompany Ltd. Acompany Ltd specialise in being nice to us and returning our e-mails promptly which perfectly qualifies them for inclusion on this grant and giving it the appearance of being industry focused. We have also partnered with Anothercompany a small start up that is run by a friend of a friend of the PI and is included as a favour and to help cover their post it note budget. 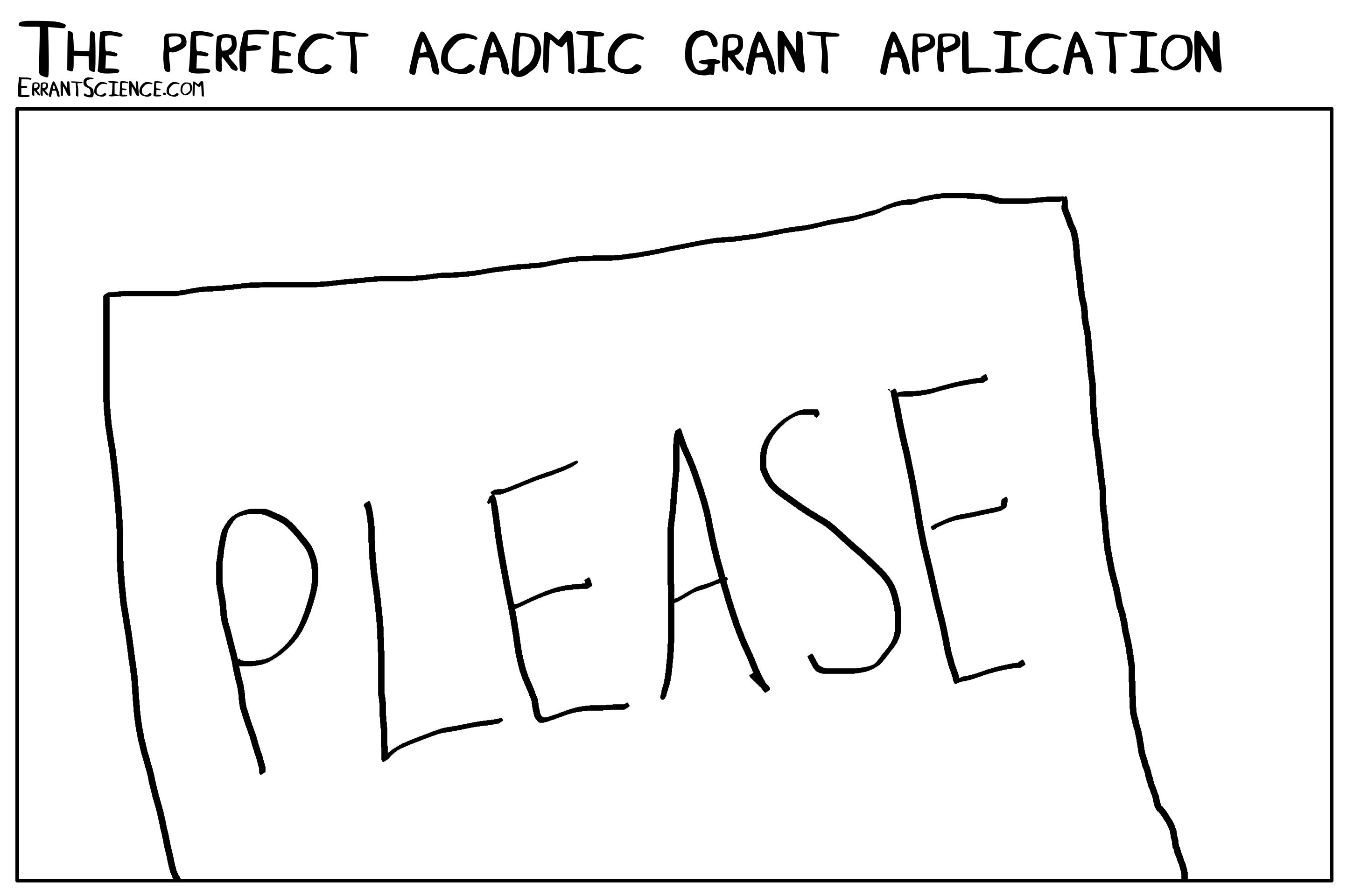 The budget for our project was written hastily and with a strong sense of “what can we get away with” this is in line with standard academic practice. It is also in line with no funding for anything actually being available so we are trying to work out how to secretly run 3 less politically attractive projects off this one grant. However, in the interest of pretending to only do one project off this we will break down our grant as follows;

For this project we need X people. There’s a good change we could do it with X-1 people but we have a really good project team and as everyone is on contracts we are trying to use this to keep an extra person and not losing them.

We are also adding on Z% of a technicians time. As the technicians are literally holding the entire lab and building together at this point this isn’t really for working on the project more just trying to stop the University downsizing them and causing catastrophic lab failure.

Despite the best efforts of some academics research requires us to leave our labs and occasionally travel to places to look at things. We’d like to be paid to do that rather than hitch hiking by the side of the road between research institutes. As this is a UK grant any travel by train will incur an extra cost due to the high probability of the train not existing or possibly turning out to have been a bus.

We also will be trying to tell other people about our research at academic conferences. We’ll need some money to actually go as we selfishly don’t want to pay out of our own pocket to spend a week in an overly hot conference centre in the outskirts of Reading. IF by some random chance the only conference applicable is held in Hawaii then obviously we’d also like paying for this.

Recently Universities have discovered the concept of internal charging. This will mean that in order to use the labs we already have, the corridors to those labs, the stairs or the front door we’ll need to pay them. This cost will also need to include the very expensive computerised access system in order to prevent non-internal charge paying researchers getting in.

This is the section which will be actually paying for practically everything we use in the lab from gloves to spectral analysers. While technically everything here is a “consumable” that just means it’s under the grant’s ~£5,000 limit, which covers a LOT of stuff, especially as we’ll get quotes down into several £4,999 components. The number chosen to apply for is based on vague guessing and then multiplying it by two for good measure.

There are various routes our project will have an impact on the world. Of primary importance will be the impact of this grant on ensuring that I can continue to make regular mortgage payments and my children will enjoy the continued provision of food. The key pathway to these is that the grant will pay my salary.

In addition the grant will have secondly economic and social impacts.

Economically the project will transform the entire landscape of the subject area we’re working in. Without this project the UK economy is likely to collapse. With this project we will become the world leaders in something and outpace whichever other country is politically the current scape goat. This project will also meet all the key priority areas that the government has chosen the week this grant was submitted. It will do this by wording the project to have it’s keywords match the priority areas.

Socially this project will change lives and lead to the development of whole new national evidence based policy. Or it would if that was how government policy was chosen these days.

We will reach out to academic beneficiaries through publishing papers and attending conferences. These are both terrible ways to reach most academics these days but the people reviewing grants think social media is some kind of venereal disease and open data is for hippies. So obscure publications and conference in dull grey buildings it is.